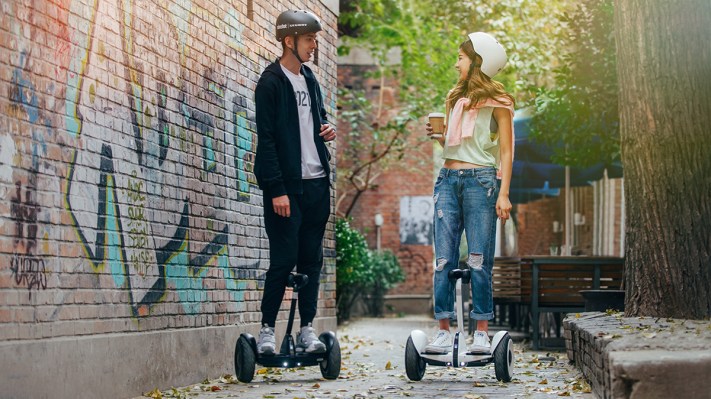 Xiaomi made its name with affordable Android smartphones, but the future of the Beijing-based company lies in creating a diverse ecosystem of consumer hardware. Today Xiaomi announced that it will add a self-balancing scooter and a new smart TV to its range.

The TV is not a big surprise, called Mi TV 3, it is a larger version (60 inches) of Xiaomi smart TV with LG 4K screen. Its most important upgrade, however, is a motherboard that connects to the Mi TV screen with a single cable and can be replaced separately without having to purchase a full smart TV. Like Xiaomi smartphones and other smartphones, Mi TV 3 works with MIUI, an Android-based operating system.

From a business strategy standpoint, the scooter is most notable because it is the first product launched by Ninebot, a Xiaomi wallet company, since it acquired Segway in April and also the first personal mobility device from Xiaomi.

Called the Ninebot mini, the scooter has no handle, but directs by detecting the movements of the pilots’ legs and predicting where they want to go. Users can also control the Ninebot mini using a smartphone app (of course).

Ninebot claims the scooter, which weighs 12.8 kilograms, can travel 22 kilometers on a single charge, reach speeds of up to 16 kilometers per hour and climb slopes of 15 degrees.

Xiaomi’s hardware range already ranges from air and water purifiers to health trackers, but it seems to be especially interested in personal vehicles and mobility devices. In addition to its investment in Ninebot, Xiaomi has also invested in smart bike maker Yunmake and has reportedly focused on building an electric car.