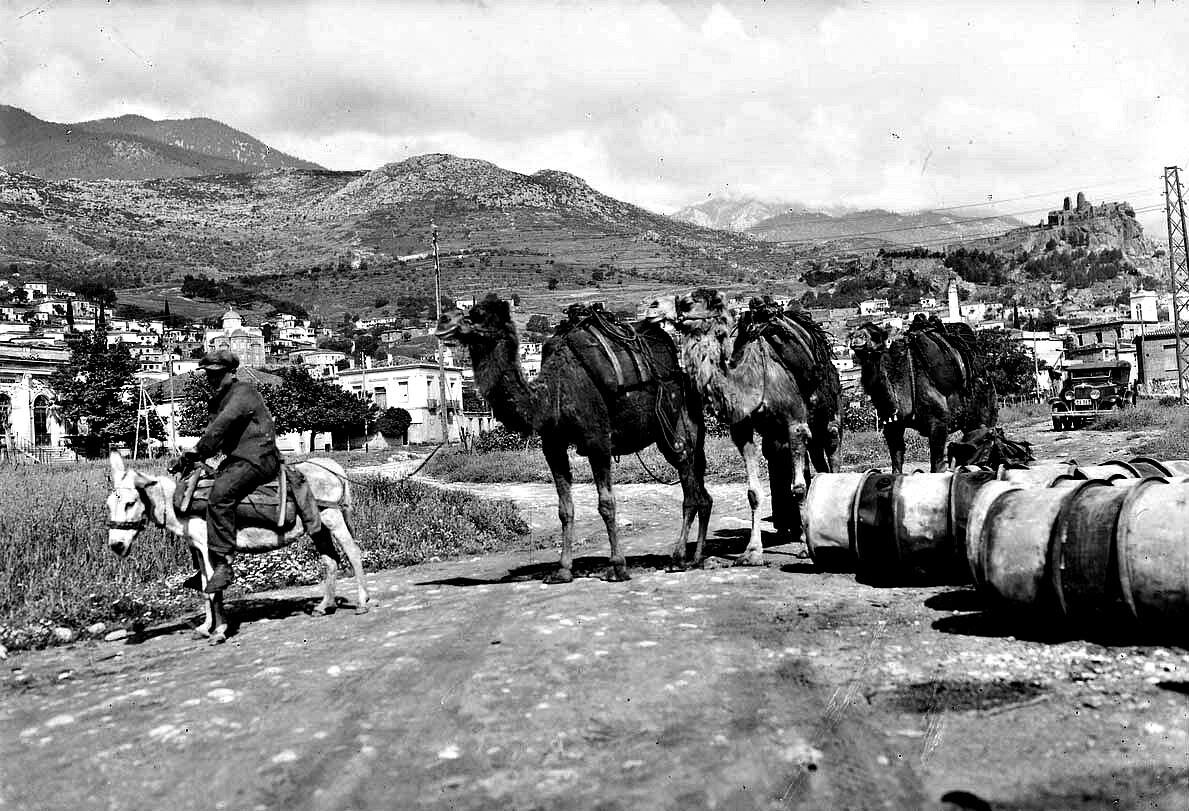 Once upon a time, many decades ago, burning firewood was the only way to keep the house warm, the camels carrying cargo were not uncommon in rural Greece.

Most Greek camels were found in Thrace and their number increased after the 1923 population exchange between Turkey and Greece. In the Rhodope Mountains, in particular, camels were very common in farming communities.

The best known were those of the camel driver Velitin Deveci who lived in Komotini. Deveci’s camels were able to go to the most inaccessible areas of the Rhodope Mountains to bring wood back to the city.

Α The camel can travel 22-25 kilometers (14-16 miles) carrying heavy loads. Deveci had 10 camels with which he mainly transported firewood from the mountains and sold it to the Komotini area. He sold it door to door to Christian and Muslim homes.

From the years of the Ottoman Empire, the family of Velitin Deveci was the richest and most famous family of Komotini because of the camels they owned. The Deveci family was one of the oldest in Komotini and driving camels was his profession. After all, Deveci means “camel driver” in Turkish. 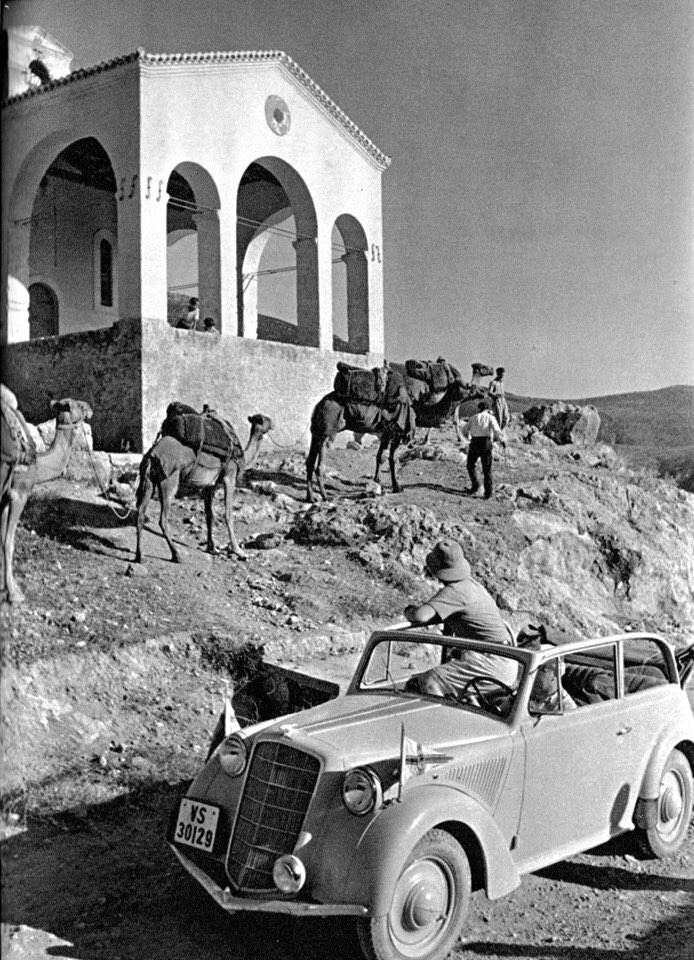 Already in the 30s, when there were camels in Greece. Credit: public domain

The profession passed down from generation to generation and continued until 1968, when Velitin Deveci died and the last camel owned by the family was sold and finally slaughtered for its meat.

Mehmed Devetzioglou, the son of Velitin Deveci, grew up among camels and became a veterinarian. It was the profession of his ancestors that inspired him to do so. He said camels can live everywhere and are very easy to feed as they can eat dry bushes, wild greens, even thorns while they need little water.

Camels in Greece were replaced by mules, then by cars 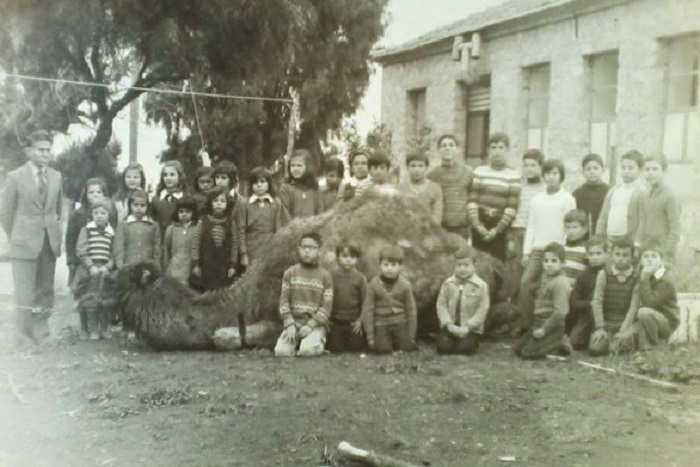 Over time, roads were built in Rodope and the mountainous areas were no longer inaccessible and in the 1960s trucks replaced camels to transport timber to the city.

It was no longer convenient to keep the camels in Rodope, although the law did not allow them to be slaughtered. Eventually, Devetzioglou pulled out some ropes and a permit was issued to sell them to a slaughterhouse. Thus the last camels of Komotini became sausages.

Apart from Komotini, Amfissa, in central Greece, was a place where camels had been bred since Ottoman times. They were used for the transportation of agricultural products.

However, again, they were replaced by mules in the first decades of the 20th century and later by trucks as the road network was built and camel caravans disappeared from the Greek landscape.