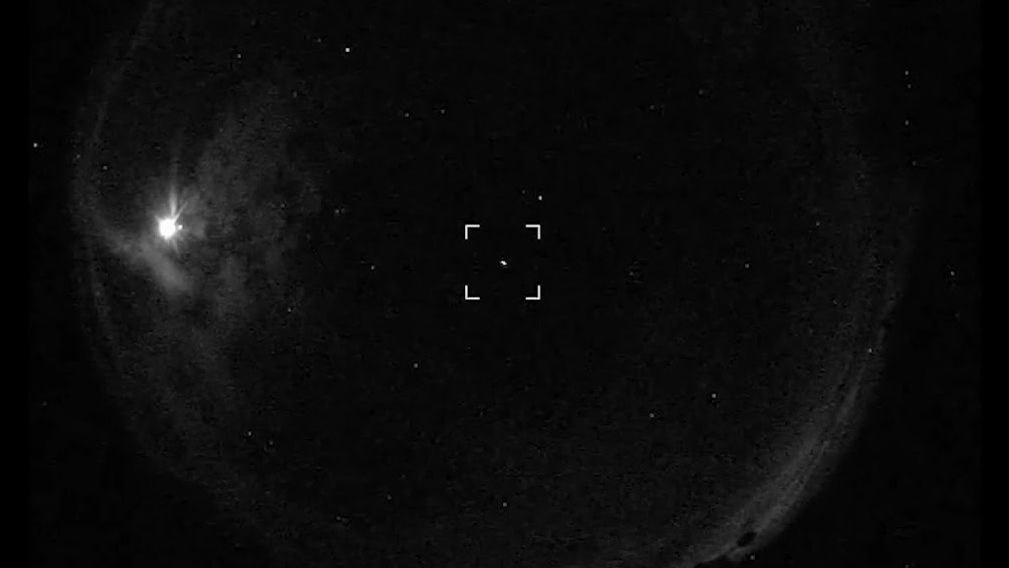 Fireballs blaze through the dark night sky in this NASA footage of the annual Perseid meteor shower.

The video, captured overnight on Aug. 3-4, shows “shooting stars” or tiny space rocks burning up in the atmosphere in view of NASA’s All-sky Fireball Network of cameras.

The All-Sky Fireball Network includes 17 cameras across the United States that scan the skies for meteors. Its goal is to assist with protecting spacecraft, which can be vulnerable to punctures from the high-speed rocks entering Earth’s atmosphere.

Video: Early Perseid meteors captured by NASA’s All-Sky Fireball Network
Related: Perseid meteor shower 2021: When, where & how to see it

The Perseid meteor shower, which peaks every August, has been blamed for the demise of the European Olympus-1 satellite in 1993. A generation later, Canada’s Western University in London, Ontario is among universities trying to model the shower for spacecraft safety.

“By monitoring and modeling, we can give satellite operators a heads-up that a meteor shower outburst is coming and that they should orient their spacecraft as to minimize the cross-sectional area with respect to the direction where the meteors are traveling,” Western professor Peter Brown, who performs research about meteors using a network of Canadian cameras and radar run by the university, said in a statement.

The Perseids occur when the Earth runs into the stream left behind by Comet Swift-Tuttle, which visits the inner solar system about every 133 years. (The last time was in 1992, so it won’t return again until 2125 if predictions hold.)

This year, the peak of the Perseids arrives overnight on Thursday (Aug. 12), when the moon is a thin crescent in the sky. While the number of Perseids will be average, the dark sky is ideal to view the shower — a show that is famous for producing fireballs like what NASA captured earlier in the month. NASA meteor expert Bill Cooke has said that viewers can expect to see as many as 100 Perseid meteors per hour from dark-sky locations.

The meteors appear to emanate from the constellation Perseus — somewhat near the Big Dipper or Ursa Major in the sky. That said, the shooting stars are relatively easy to spot almost anywhere in the sky and sometimes happen as frequently as once every few minutes.

To watch the show, astronomers typically recommend you go outside around 2 a.m. local time, bring a lawn chair and a sweater against any early-morning cool, and to relax. No special equipment is needed; only your naked eyes will show you the meteors.

As the Perseids enter the atmosphere at 37 miles (60 km) per second — roughly 30 times faster than an F-35 fighter jet, Western said — the millimeter-sized meteors release light as they collide with air molecules. This is due to charged particles, known as electrons, getting ripped away from Earth’s atmospheric atoms during the collisions, Western said.

“It only takes a brief moment before the atoms capture an electron and emit light, which is when you can see a glowing trail in the sky,” Denis Vida, project lead of the Global Meteor Network, said in the same statement. The network includes more than 450 video meteor cameras hosted by professionals and amateur astronomers in 23 countries.

Future research for meteor astronomers includes building better predictive models of meteor showers based on the fresh observations from the network and other sets of cameras, Western noted.