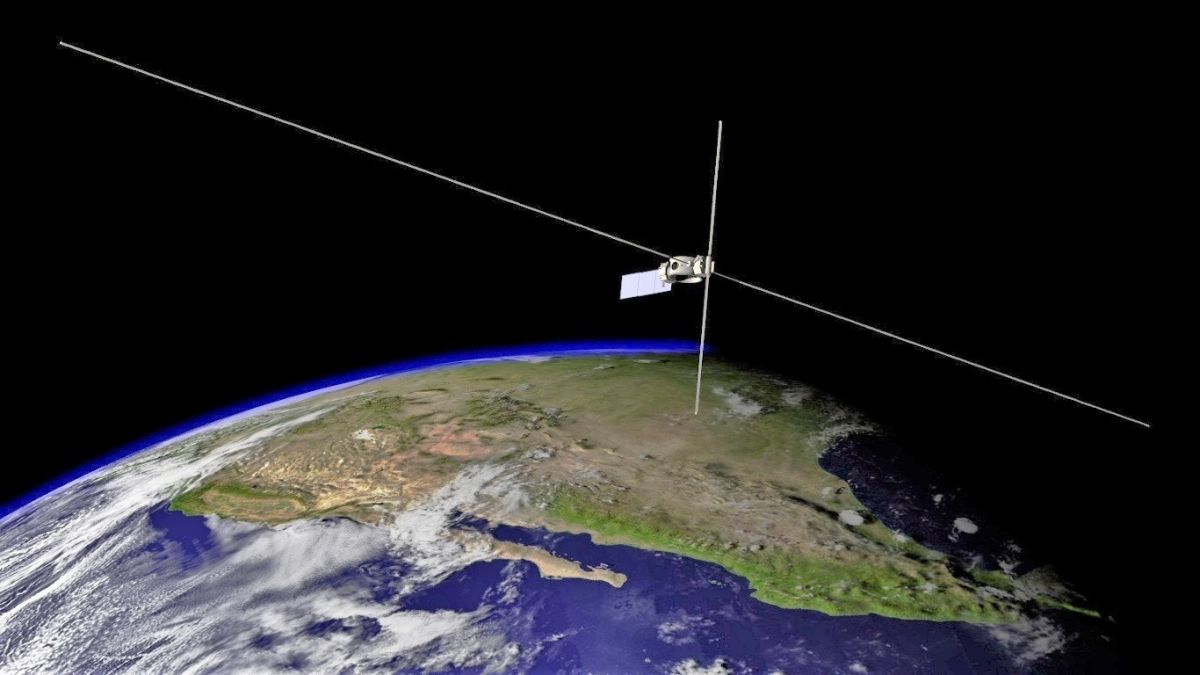 The U.S. Air Force Research Laboratory’s mission to study Earth’s Van Allen radiation belts and their effect on spacecraft has come to a close after exceeding its original planned lifetime of one year in orbit.

The Demonstration and Science Experiments (DSX) spacecraft, built and managed by the laboratory that’s also known as AFRL, launched on June 25, 2019 aboard a SpaceX Falcon Heavy rocket from NASA’s Kennedy Space Center in Florida. Billed as the “largest uncrewed structure in space” by the Air Force, DSX launched as part of the Department of Defense’s Space Test Program and was designed to operate in medium Earth orbit for at least one year. However, the mission ran nearly a year longer than expected, until May 31, according to a statement from the AFRL.

“We conducted over 1,300 experiments with DSX — many more than ever imagined,” Michael Starks, who leads AFRL’s Radiation Belt Remediation effort, said in the statement. “This is a huge contribution to understanding how the space environment affects our spacecraft and how we can protect against it — it was a mission that only AFRL could do.”

The DSX spacecraft measures nearly the length of a football field, representing the largest, self-supporting uncrewed satellite ever placed in space. The mission, originally conceived by AFRL researchers in 2003, aimed to explore Earth’s radiation belt dynamics, which could, in turn, aid in the development of more resilient spacecraft.

DSX was equipped with a variety of scientific instruments used to conduct space weather experiments and measure the relationship between very low frequency radio waves and energetic radiation belt particles in the medium Earth orbit environment. The satellite sported two massive, deployable antenna booms: One measuring 262 feet (80 meters) and another measuring 52 feet (16 m), making it one of the largest deployable structures in orbit, according to the statement.

DSX team members, including scientists, engineers, operations and support staff who worked on the project, gathered on June 7 at Kirtland Air Force Base to celebrate the science mission and the satellite’s extended success.

“When I think about DSX there are several things that come to mind. First, there is the abundance of science data collected that our nation and allies will be evaluating for years to come — DSX has been the epitome of a science mission,” Eric Felt, the director of AFRL’s Space Vehicles Directorate, said in the statement. “Second, the perseverance of this team has been amazing — the lab persevered for 18 years, seeing the spacecraft from birth to death with many difficulties along the way — commitment to the long-haul has paid off.”

During the celebration, team members shared memories of working on the mission and reflected on their experiences, including some of the trials the program faced.

“We experienced many challenges — both funding and technical. One of our challenges is that we were launching into medium Earth orbit, an orbit not often used, but critical to this mission,” Mark Scherbarth, chief engineer for AFRL’s Integrated Experiments and Evaluation Division, said in the statement. “We saw DSX from cradle to grave, and we persevered throughout many difficulties and changes in directorate and division leadership — each leader stood behind it.”

The DSX mission returned 706 days worth of data for scientists to evaluate. Surpassing its expected time in orbit, the mission collected crucial data to better understand the space environments in which satellites operate. In turn, this information can be used to build even better spacecraft in the future.