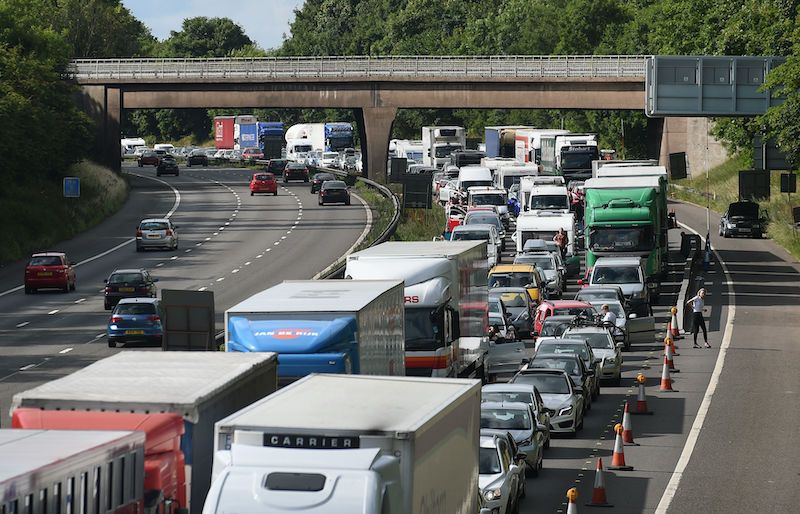 The top 10% most polluting new cars should be banned from sale each year to cut carbon emissions, an academic has claimed.

Jillian Anable, professor of transport and energy at the University of Leeds, said vehicles that have the worst impact on the environment should be immediately removed from the market.

The Government intends to prohibit the sale of new petrol and diesel cars and vans from 2030.

But Prof Anable told an event organised by the Energy and Climate Intelligence Unit: “We need to ban the most polluting cars now.

“So between now and 2030, every year the top 10% most polluting vehicles are not allowed to be sold in this country.

“By the time we get to 2032, we will be at zero-emission vehicles anyway by transitioning the market, and a huge amount of fossil fuels won’t be locked in.”

Prof Anable also called for the ban on the sale of new plug-in hybrids to be brought forward from 2035 to 2030 as they are “very resource-hungry vehicles.”

She added: “They are ICEs (internal combustion engines) under a different name.”

AA president Edmund King told the event that “I don’t think we should kid ourselves that cars will disappear,” despite changing travel patterns due to the coronavirus pandemic.

He went on: “They won’t disappear because they are incredibly practical, they help people’s mobility, they help them get around.

“The real task is: how do we make those cars cleaner, safer and smarter?”

See the latest news, information, conversations and much more, all tailored to your neighbourhood, in your InYourArea live feed here.