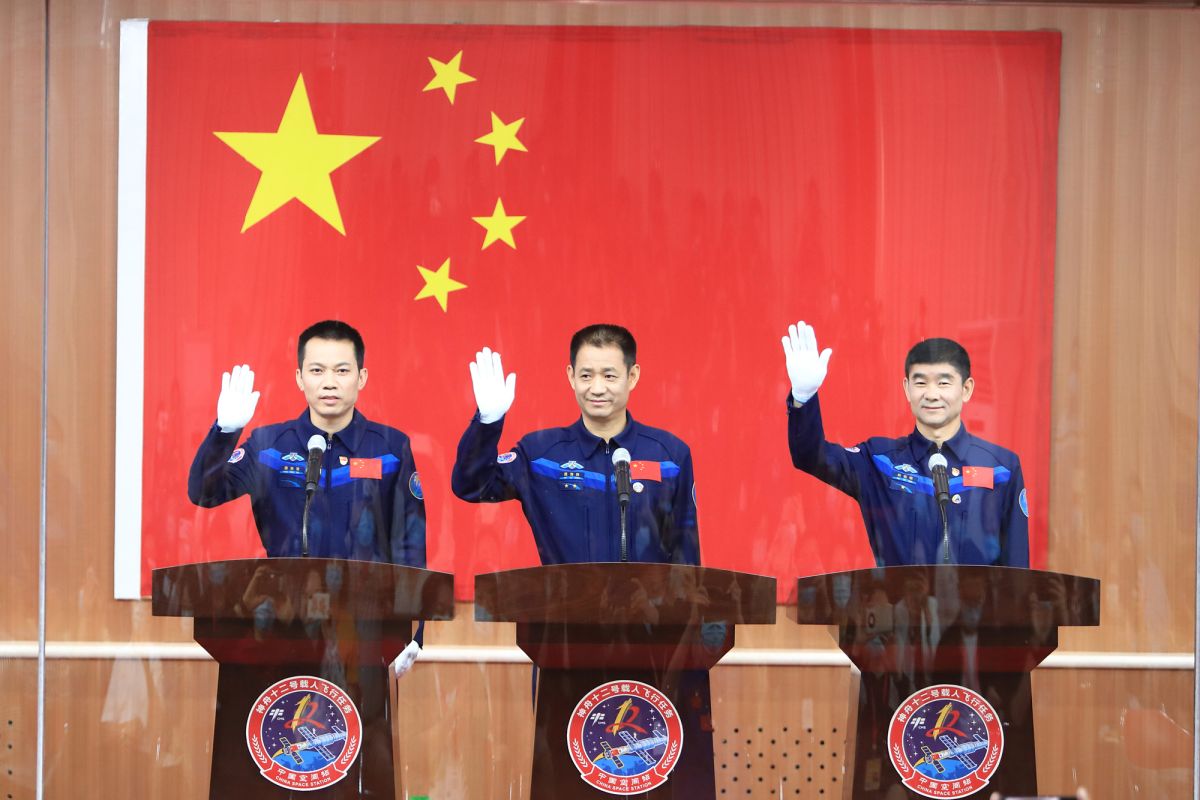 This article was originally published at The Conversation. The publication contributed the article to Space.com’s Expert Voices: Op-Ed & Insights.

Three astronauts on China’s new space station have performed the country’s first spacewalk and are busy configuring the module for future crews. Named Tiangong (“heavenly palace”), the station is the Chinese National Space Agency (CNSA)’s signature project to develop China’s ambitions for having humans in orbit around Earth for a long amount of time.

In planning since the late 1990s, the Tiangong station’s core module, Tianhe (“heavenly river” and the old Chinese name for the Milky Way), launched on April 29. But it isn’t yet complete. Yang Liwei, chief designer of China’s human spaceflight program, has said the astronauts “have a lot of tasks to do after entering the core module. For screws alone, they have over 1,000 to remove.”

Related: China’s Tiangong space station: What it is, what it’s for, and how to see it

Much like the former Russian space station Mir and the International Space Station, the entire project is too large to be put into orbit in one launch. Tianhe, weighing 22.5 tonnes, was lofted to an orbit of 400 kilometers above Earth on a Long March 5B rocket from the Wenchang launch site on the island of Hainan, China. The Long March 5B is a heavy lift rocket with a thrust in between the SpaceX rockets Falcon 9 and Falcon Heavy.

The core module contains everything needed to keep people alive in space. This includes life support systems, a kitchen, sleeping and sanitation areas, electrical power management and firefighting equipment. To help sustain the three astronauts on their six-day working week, the kitchen is currently well stocked with over 120 different types of food. The core module is also equipped with docking ports. These will enable future modules, astronaut flights and robotic cargo re-supply capsules to dock.

To prepare for Tiangong, China launched two test space stations, Tiangong-1 and Tiangong-2. The first of these, launched in 2011, was visited multiple times by Chinese astronauts, who tested docking procedures with cargo craft. After the station was decommissioned in 2016, CNSA lost contact with it. While the agency was able to track the station, it could not control the re-entry impact point — culminating in a fiery return to Earth that angered the US.

Tiangong-2, launched in 2016, was a shorter-lived test station designed to assess living conditions in orbit, including growing food and measuring radiation levels. This station had a controlled descent, burning up over the Pacific Ocean in 2019.

Tiangong will have the core module at center with two laboratory modules attached at the sides once it is fully assembled. (Image credit: Adrian Mann/All About Space magazine/Future Plc)

Aside from the core module, the pressurized modules of the current Tiangong space station will consist of two laboratories, Mengtian (“heavenly dreams”) and Wentian (“heavenly quest”), which will be launched over the next few years. The design of each of these laboratory modules will be based on Tiangong-2’s facilities.

Unlike the International Space Station, where the bulk of electrical power to all modules is supplied by large solar arrays on purpose-built gantries, on Tiangong each module launched carries its own solar array.

Once complete, Tiangong will weigh over 60 tonnes, be capable of hosting three astronauts for extended stays in space, and will have the capacity to support future spacewalks and science experiments. These can be mounted both inside the pressurized modules or on deployable racks outside in space.

International collaboration is a significant part of the project. For example, astronauts from the European Space Agency (ESA) trained with Chinese astronauts in ocean survival. In the event that astronauts ever had to leave an orbiting space station and return to Earth quickly, there is a high chance they would land in water and would need to survive until rescue. ESA’s long term goal with such training would be that it will one day enable its astronauts to fly aboard Chinese space missions.

More recently, nine international science experiments have been selected by CNSA for installation aboard Tiangong in the coming years. The agency received 42 applications of interest from many different countries. Of those selected, experiments include POLAR-2, a sensor designed to study the light from gamma ray bursts, which are some of the most powerful explosions in the universe. Another is “Tumors in Space,” a project lead by researchers in Norway which will look at how the microgravity and radiation environment of space affects the growth of tumors.

With another platform for humans to live long-term in orbit, we hope that the amazing success of the International Space Station will be replicated on the Tiangong station. The experience that the astronauts gain will no doubt be invaluable for planning future lunar and martian exploration efforts. Recently, Russia and China unveiled a roadmap for the International Lunar Research Station. This project will involve numerous robotic lunar orbiters and landers, and will culminate in a human-crewed research facility, either in lunar orbit or on the surface. This project, if successful, could see Chinese and Russian astronauts based on the moon from the 2030s.

Tiangong is one of a number of notable successes for the Chinese space programme in recent years. These include the first lunar sample-return mission since the 1970s, and the country’s first robotic lander on the Martian surface, complete with rover, which successfully touched down in May this year. In the new space race, China is clearly a real contender.

Follow all of the Expert Voices issues and debates — and become part of the discussion — on Facebook and Twitter. The views expressed are those of the author and do not necessarily reflect the views of the publisher.