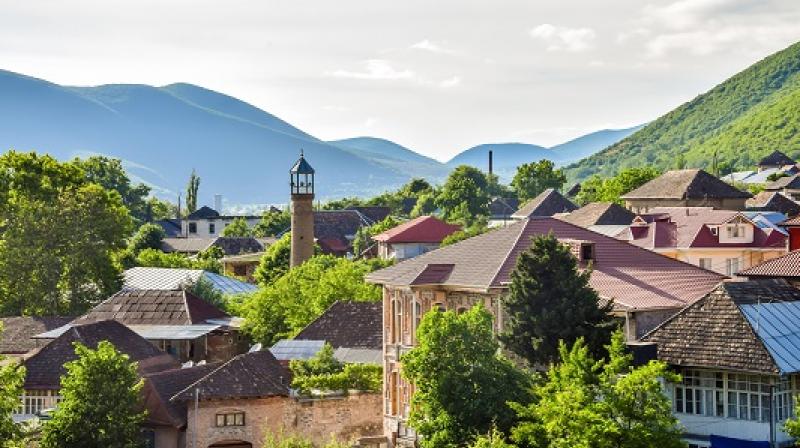 The historic city of Sheki, located at a short 5-hour drive from the capital of Azerbaijan – Baku, was added to UNESCO’s World Heritage List of cultural sites during the 43rd session of the committee’s meeting. The opening ceremony of this year’s session was held on the 30th June in Baku marking the start of the committee’s work this year.

Sheki Khan’s Palace was granted “enhanced protection” status and inscribed on the UNESCO World Heritage Tentative List in Need of Urgent Safeguarding on October 24, 2001, and has now been recognised by UNESCO heritage site.

Commenting on the addition, Florian Sengstschmid, CEO of Azerbaijan Tourism Board, said, “We are honoured that the historic centre of Sheki and the palace have made it to UNESCO’s World Heritage List. Receiving this recognition will help us showcase Azerbaijan’s rich heritage, distinctive culture and unique history to the world along with the story of the country’s legacy. The city of Sheki is one of Azerbaijan’s most picturesque towns, filled with cobbled streets and medieval architecture- a fresh, idyllic retreat from the vibrant capital. As for the palace, travellers from all over the world are fascinated by the craftsmanship and are one of Azerbaijan’s most prized pieces of historical architecture.”

Set at the foot of the Greater Caucasus Mountains and divided in two by the Gurjana River, Sheki is home to the palace and summer home of the Sheki Khans. A unique architectural monument of the empire of Khanate, the Sheki Khans’ Palace was built in 1762 by Huseyn Khan surrounded by scores of charming chinar trees within the Khan’s fortress at the top of this appealing Silk Road city.

The city itself was an important destination on the Great Silk Road, the ancient web of trade routes linking the East and West. By the 19th century, Sheki, on the Silk Road path through Northwest Azerbaijan, was an international centre for silk production. While the older northern part is built in the mountains, its southern part extends down to the river valley.

The ancient art of ‘Shebeke’ which Azerbaijan craftsmen are famous for can be seen throughout the city especially on the windows of the Sheki Palace. A mosaic of coloured glass set in wooden latticework and assembled without nails or glue are these stunning examples of artwork. What makes the Sheki Khan Palace unique is the 5,000 wooden and glass details of ‘Shebeke’ making it a real visual feast.

UNESCO seeks to encourage the identification, protection and preservation of cultural and natural heritage around the world considered to be of outstanding value to humanity. This is embodied in other UNESCO sites in Azerbaijan including the Gobustan Rock Art Cultural Landscape (2007) and the Walled City of Baku with the Shirvanshah’s Palace and Maiden Tower (2000). Additionally, the Azerbaijani carpet has proclaimed a Masterpiece of Intangible Heritage by UNESCO. The National Museum of Carpets in Baku has one of the largest collections of carpets in the world.