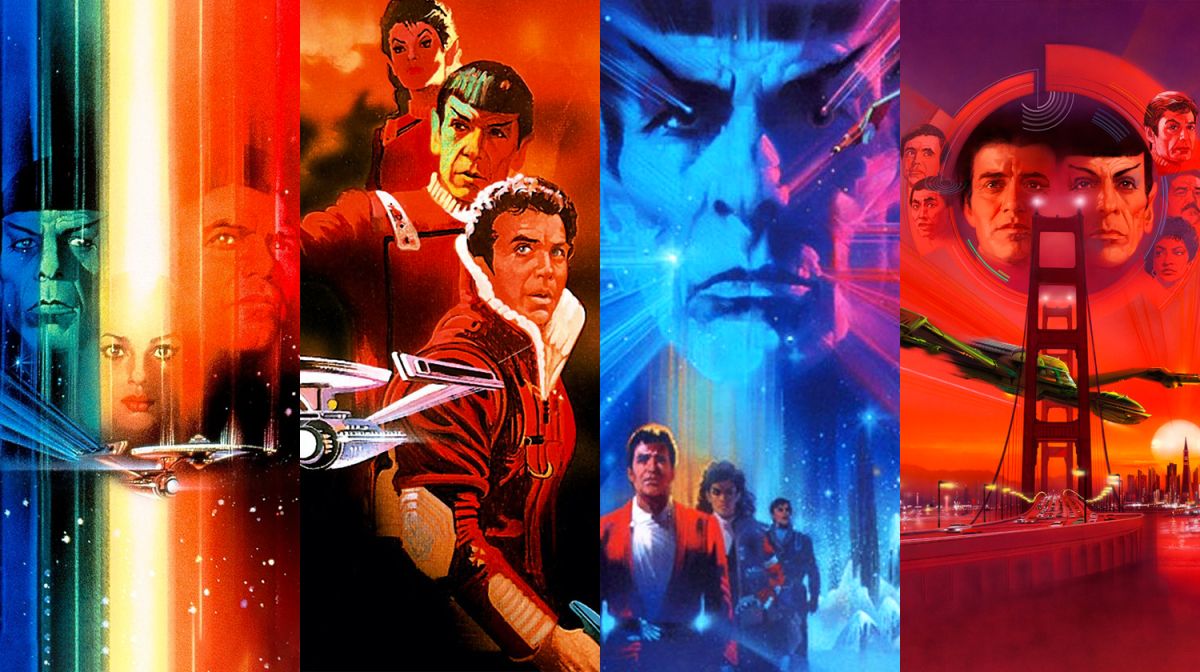 The first four “Star Trek” movies are getting an ultra-high-definition makeover to be released in 4K as a box set in September, just in time for Star Trek day on Sept. 8, and are available for pre-orders now.

Currently available for  $90.99 at Amazon.com (it arrives on Sept. 7 in the U.S. and is normally $107.99), the new “Star Trek: The Original 4-Movie Collection” represents the very best of “Star Trek” on the big screen. Frankly, these Kirk-era movies have never been bettered.

Gasp in awe as we learn the origins of the living machine known as V’ger in “Star Trek: The Motion Picture.” Feel your spine tingle as Admiral Kirk must engage a forgotten foe in a deadly game of chess in the Mutara Nebula in “Star Trek II.” Sob uncontrollably as we watch Kirk learn of his son’s murder at the hands of renegade Klingons in “Star Trek III.” And finally, enjoy the inevitable antics as the exiled command crew of the USS Enterprise travel back in time in “Star Trek IV,” a movie that contains a poignant and powerful message, beautifully portrayed, about us — humans, right now — and how we must change our relationship to nature.

Related: The best Star Trek gifts and deals for 2021

Star Trek: The Original 4-Movie Collection $90.99 at Amazon.com
Bask in the first four “Star Trek” films in glorious 4K in this new box set coming on Sept. 7, 2021 along with hours of special features and a look back the franchise’s original cast.View Deal

These four movies truly represent the very best of “Star Trek,” be it on television or in the movie theaters.

The new four-film set will come with “Star Trek: The Motion Picture” (Theatrical Edition), “Star Trek II: The Wrath of Khan” (Theatrical and Director’s Editions), “Star Trek III: The Search for Spock” and “Star Trek IV: The Voyage Home” been painstakingly digitally upgraded to UHD remastered transfers. They will feature both improved picture quality with Dolby Vision and HDR-10 mastering, along with an isolated score track for “The Motion Picture.” (This appears to be the only new bonus feature in the collection.)

According to StarTrek.com, “[The] collection includes four Ultra HD discs, as well as four remastered Blu-ray discs with hours of previously released bonus content … along with access to digital copies of the theatrical version of each film.”

This comes right after the announcement  that “Star Trek: The Motion Picture” — the Director’s Edition —  will also be remastered and upgraded for a 4K UHD release in a project that is separate to the four-movie UHD release.

According to the official announcement on StarTrek.com, “The restoration will be undertaken by producer David C. Fein, restoration supervisor Mike Matessino, and visual effects supervisor Daren R. Dochterman, all of whom worked previously with director Robert Wise. The film will be prepared for presentation in 4K Ultra HD with Dolby Vision high dynamic range (HDR) and a new Dolby Atmos soundtrack. The restoration is expected to take 6-8 months and will launch with an exclusive window on Paramount+.”

Last ep of Season 1 starts shooting today. Old school fans are going to VERY excited to see what we’re trying to pull off with this one. Getting to do many things I’ve never attempted as an actor. So much fun! #StarTrek #StarTrekSNWJuly 7, 2021

In other “Trek” news, Anson Mount, who plays Captain Pike in “Discovery” and the forthcoming “Strange New Worlds” live action spin-off tweeted recently that the last episode of Season 1 had just begun shooting. Hopefully we won’t have too long to wait until that hits our screens. Also, “Season 1”..?! That means there will be more, right?!

A new teaser has dropped for season two of “Star Trek: Lower Decks” ahead of next month’s debut on Aug. 12.

Finally, the “Star Trek” panel was held today (July 23) for SDCC Comic-Con@Home and included the inaugural panel for “Star Trek: Prodigy” plus season tpw of “Star Trek: Lower Decks.” You can watch that full panel here.