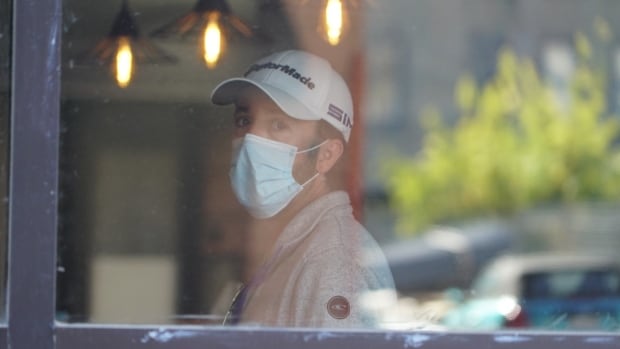 24 new cases were registered on Saturday. No further deaths were reported over the weekend.

According to the MLHU, two cases were related to an outbreak, five were related to international travel, 22 were in contact with a confirmed case and nine had no known link.

According to data from the health unit, there is a fifth case of COVID-19 at Sir Arthur Carty Catholic Elementary School in London.

Dr. Alex Summers, the associate health doctor, said that despite the number of cases, there is no evidence of transmission in the school.

“We would declare an outbreak in a school if we saw transmission tests in a school,” he explained. “Cases that have been flagged as school-related have contracted the virus outside of school.”

According to a statement from the Thames Valley District School Board on Friday evening, a positive case has been identified at Sir Wilfred Laurier High School.

The London District Catholic School Council also reported a case of the virus on Friday at the Assumption Catholic Secondary School in Aylmer.

The entire London region and surrounding counties move Monday from the “green zone” to the “yellow zone”.

The new classification means, according to provincial guidelines, that there will be “improved targeted enforcement, fines and improved education to limit transmission.”

Due to a handful of Section 22 orders already in place in Middlesex-London, Dr Summers said the jump from green to yellow will be a little less dramatic than in other jurisdictions.

“For example, switching from green to yellow for other jurisdictions would say to a restaurant, ‘Now you have to limit the number of people to six at any table.’ explained.

The number of people who can attend an exercise at a gym, however, will drop from 12 to 10, Dr. Summers said.

Since Sunday afternoon, he said the health unit has been working to make information for businesses available online.

“Our hope is to get them out this afternoon. The province has all the regulations for these sectors. We are just trying to make sure we provide additional help to ensure that people can attribute it properly.”

COVID-19 throughout the region

Southwestern Public Health, which covers St. Thomas, Woodstock and Elgin County reported 11 new cases of the virus over the weekend. Five new cases were reported on Sunday and six new cases on Saturday, with no new deaths.

The region has recorded a total of 428 cases of the virus, of which 50 are currently active.

Ontario reports 1,248 new cases of the virus and 29 deaths on Sunday. According to Christine Elliot, the province’s health minister, 364 of these cases are in Toronto, 308 in the Peel region and 125 in the York region.