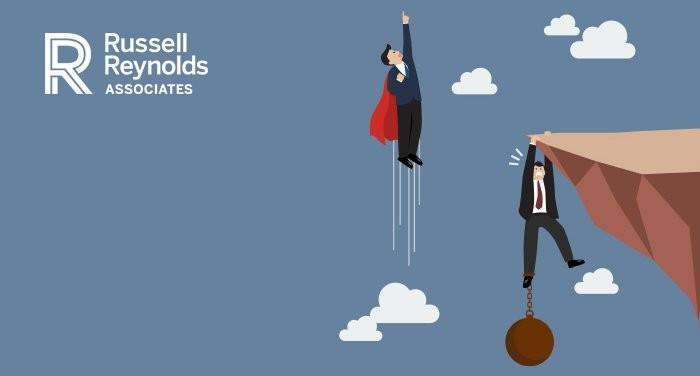 Non-marketers often think that CMOs change jobs too much. Though there are several factors that come into play, at Russell Reynolds we’ve uncovered one possible reason for this “jumpiness.” We’ve found that marketing leaders have only a 20% chance of moving into the CMO role at their existing company. Once appointed as CMO, s/he has only a 20% chance of being internally promoted to a broader role within that company, such as GM or President. This means that 80% of all marketing moves happen only by moving to a different company – basically, implying the need to “ jump” jobs to get ahead. For a complete list of all of the 396 marketing moves reported in 2018, please visit here.

The consumer industry accounted for 54% of the marketing-leadership turnover in 2018, up from 52% in 2017 and 51% in 2016. In 2015, the consumer digital and media sector had over twice as many moves as the retail sector, but three years later, retail has surpassed consumer digital and media in CMO turnover. This demonstrates the increased volatility among retail marketing leaders in the past couple of years, as the industry seeks to redefine itself. The consumer products & services sector had the largest year-over-year increase from 9% in 2017 to 13% in 2018.

The trend of externally hiring top marketers continued strongly last year as external appointments accounted for 74% of all marketing moves (and 79% of all marketing leader appointments). This mirrored 2017 levels and increased from 2015 and 2016. With just one of every five CMOs appointed from within the organization over the last two years, there is a clear CMO succession crisis across industries.

Since 2015, healthcare companies have been increasingly looking for marketing leadership outside of the organization. Last year, they did so 90% of the time, a sizeable increase from 79% in 2017. Looking over the last four years, the healthcare industry has an 82% external appointment rate for CMOs. Contrarily, the industrial and natural resources industry saw a sizeable decrease in external marketing-leader appointments from 2017 to 2018 – 81% to 63% – which is consistent with the number in 2016 (60%).

In today’s age of disruption and transformation, it is reasonable to expect that more companies would be open to hiring marketing leaders with different perspectives from other industries. Though the overall numbers demonstrate a slight increase in this tactic – 31% in 2018 versus 27% in 2017 – few industries have made a significant shift in this direction and some are moving in reverse.

The industrial and natural resources industry has seen a massive decrease in appointing CMOs from outside of the industry over the last four years. In 2015, 83% of new CMOs came from outside the industry and it has decreased every year since, down to just 40% in 2018.

There was a slight decrease in healthcare marketing leaders coming from different industries, as well. In 2018, 58% of healthcare companies appointed CMOs from outside of the industry, down from 73% in 2017, 77% in 2016 and 60% in 2015. However, in the last four years, the healthcare industry has the highest rate of cross-industry CMO appointments at 64%.

Consumer-facing companies have continuously had a majority in overall marketing moves. Taking into account the individual sectors – apparel / retail, consumer digital and media, consumer products and services, and leisure and hospitality – 54% of external marketing-leader appointments within the consumer industry came from a different sector. This is the highest proportion we have recorded since 2015.

The apparel/retail sector is the only one in which the majority of new CMOs did not come from another sector – yet the 47% posted in 2018 shows a steady increase from 2016. One of the most surprising trends was among consumer products and services organizations. Though they are known for grooming marketers into future CMOs, 58% of their external CMO appointments came from a different sector in 2018, a large increase from 27% in 2017 and 24% in 2016. The result of CPG companies needing to quickly reinvent themselves is being seen in the non-CPG talent they are aggressively hiring into marketing leadership roles.

Marketing leadership appointments show one side of the story for chief marketing officers, but it is also interesting to see where siting CMOs go after they leave their role (i.e., joining a new company, being internally promoted, retiring, consulting/advising or undisclosed). To gain more insight into next steps for marketing leaders, we tracked and analyzed the career paths of 82 outgoing CMOs in 2018, for a grand total of 314 since 2016.

In general, a marketing leader has approximately a 20% chance of getting the CMO role at their company and once appointed as CMO, s/he has around a 20% chance of being internally promoted to a broader role. Overall, 80% of marketing moves happen externally.

Among the outgoing CMOs who joined a new company, the majority continue to take another marketing job. This demonstrates the “repetitive CMO cycle” of marketers getting stuck in the top marketing role at different companies.

Among the CMOs who were internally promoted, half of them were promoted to a president or general manager role in the last two years. Additionally, both digital roles and strategy and innovation roles have been an increasingly common next step for CMOs, as each consisted of 17% of CMOs who were promoted in 2018.

Given that most organizations need customer-centric leadership to help them stay ahead of the rapid pace of change, marketers seem to be emerging as more attractive candidates for broader roles. Both through internal promotion and external appointment, outgoing CMOs were appointed to general manager, president and chief executive officer roles more than ever before in 2018, suggesting the CMO has increasingly gained commercial and strategic relevance.

In 2018, 36% of sitting CMOs’ next job was a general manager, president and chief executive officer role – up from 32% in 2017 and 19% in 2016. Although a slightly higher percentage of CMOs stepped into the aforementioned P&L roles at a new company rather than at the same company, – 19 versus 17% in 2018; 16% versus 11% over the last three years – the year-over-year increases suggest that the odds of breaking out of the “repetitive CMO cycle” are trending in the right direction for marketers.

For a complete list of all of the 396 marketing moves reported in 2018, please visit here.

In the meantime, here are some notable marketing officer moves from last year:

Burberry has appointed Rod Manley as chief marketing officer. Manley is responsible for marketing, communications and creative media. He most recently was executive vice president, influence marketing and communications, at Calvin Klein.

Walgreens Boots Alliance has appointed Vineet Mehra as global chief marketing officer. Mehra is responsible for all marketing activities, fostering global marketing collaboration across business and geographies, overseeing the design and execution of the Company’s global brand image, messaging and positioning and developing the customer value proposition. He most recently was executive vice president and global chief marketing officer at Ancestry.

Abbott has appointed Melissa Brotz as chief marketing and communications officer. Brotz most recently was divisional vice president and head of public affairs at the Company

Merck has appointed Michael Nally as chief marketing officer. Nally is responsible for global marketing and long- term franchise strategy across the portfolio. He most recently was president, Merck Vaccines, at the Company.

HP has appointed Vikrant Batra as chief marketing officer. Batra most recently was global head of marketing, Printing, at the Company.