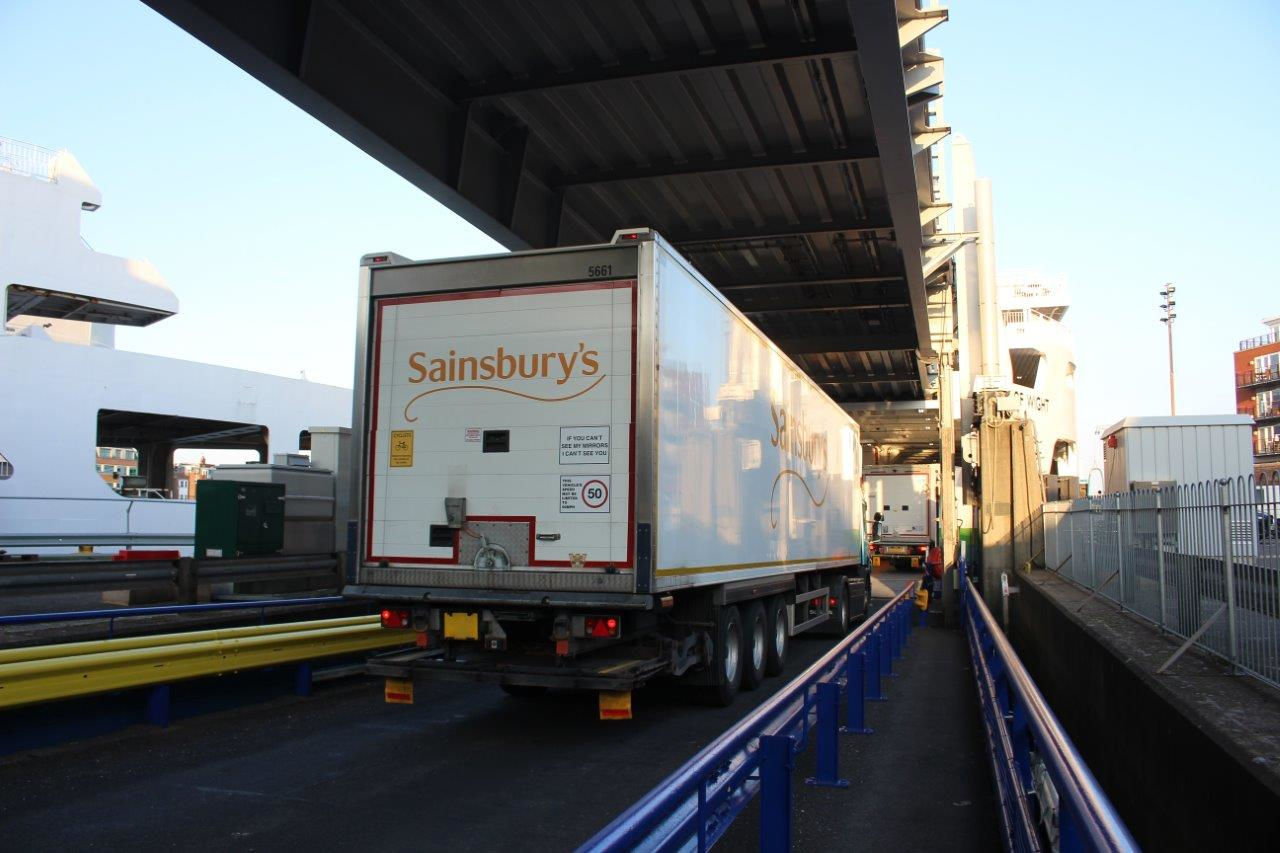 Earlier today (Friday), members of a Facebook group called “Restrictions on the Isle of Wight Ferries” sent emails to the Isle of Wight council leader Dave Stewart, expressing their concerns about a possible influx of second home owners and holiday weekend holidaymakers.

Some members of the group had tried to book the Portsmouth ferry passes to the Isle of Wight for today, but found that the 13:00, 15:00 and 17:00 steps were completely booked. Understandably, this raised concerns that people were not paying attention to the council leader’s message to “stay away”.

Investigating further to find out what was going on, News OnTheWight has uncovered something that sheds light.

Understanding capacity issues
News OnTheWight contacted Wightlink, which confirmed that the throughput capacity of its vehicle ferries has been greatly reduced since the closure of the Coronavirus.

One example is that its flagship ferry, Victoria of Wight, usually has a capacity for 1,170 passengers per crossing.

Since closing, it has been reduced to 100, and there are usually around 20 passengers per crossing. Most passengers on foot from Wightlink have changed to use the airlift and the rest of the passengers must remain in their vehicles during the crossing.

Distance and transport
Wightlink states that it is important to keep in mind that vehicles come in all shapes and sizes, and while there may be capacity for 100 vehicles, once the separation of these vehicles is implemented, it could reduce capacity to 50 vehicles. .

In addition, cargo trucks obviously occupy the space of several cars, and therefore in a short time a crossing could be fully booked, but long before reaching the new reduced capacity level.

“Currently we only operate on a route between Fishbourne and Portsmouth and with a small number of crossings. We are also rotating our boats to allow for maintenance and keep the crew familiar with our different boats.

“Therefore, our capacity varies depending on the ships we use, but it is at a much lower level than before the Covid-19.”

Increased traffic of goods, business travel and travelers
Asked if they have seen an increase in bookings, they went on to say:

“We are seeing a small increase in traffic that is in line with recent changes in government travel advice, but this increase is small and volumes are a fraction of what we would expect at this time of year.

“This is also mostly limited to week-long traffic and freight vehicles, business travel and commuters.”

Stewart: Normal influx has not occurred
Isle of Wight council leader Dave Stewart told News OnTheWight that he was disappointed that some people were looking to undermine the message of “staying away.”

“In general, I am pleased to see that there has not been the normal level of people coming to the island for bank holidays. This is due to a number of reasons, among which is the voluntary compliance of visitors and owners of second homes.

“I am also pleased that our ferry companies have supported this line of action, although this will have a significant impact on their business revenue.

“So while my message has been mostly followed, I’m still disappointed that some people are trying to weaken the position that puts themselves and the island’s residents at greater risk than they need to do – and I will highlight it in the coming days. ”

Stewart: People should stay in the main residence
The leader went on to explain that the Isle of Wight council was in regular contact with the ferry companies and the police, who are all working together to address this issue of keeping the island safe.

“We have raised this issue with the Government and our Isle of Wight MP Bob Seely, who also appreciates local concerns.

“The government has made it clear today that people should not alternate between homes, but should stay at their main residence. However, they can exercise as much as they want and go on day trips to do it.

“Needless to say, there are those who choose to ignore government guidelines or push the position to the limits.”

Stewart: It’s not there yet
Cllr Stewart concluded by saying:

“We have no powers as a local authority to prevent people from coming to the island or the ferry companies. However, concerns have been raised at different levels.

“I anticipate that in the coming weeks homeowners and second home visitors will be able to travel to the island, so we need to prepare for this development, but in my opinion the time has not yet come.”

There is no power to stop non-essential travel
Ferry companies do not have the jurisdiction to ask passengers why they are traveling and stop traveling if they are not making an essential trip.

Wightlink says they will repeat the message in their communications that people should only travel in accordance with government guidelines.

Video footage of vehicles leaving the 1 p.m. ferry today primarily shows merchandise, along with most cars that only have one passenger, indicating travelers or business travelers.