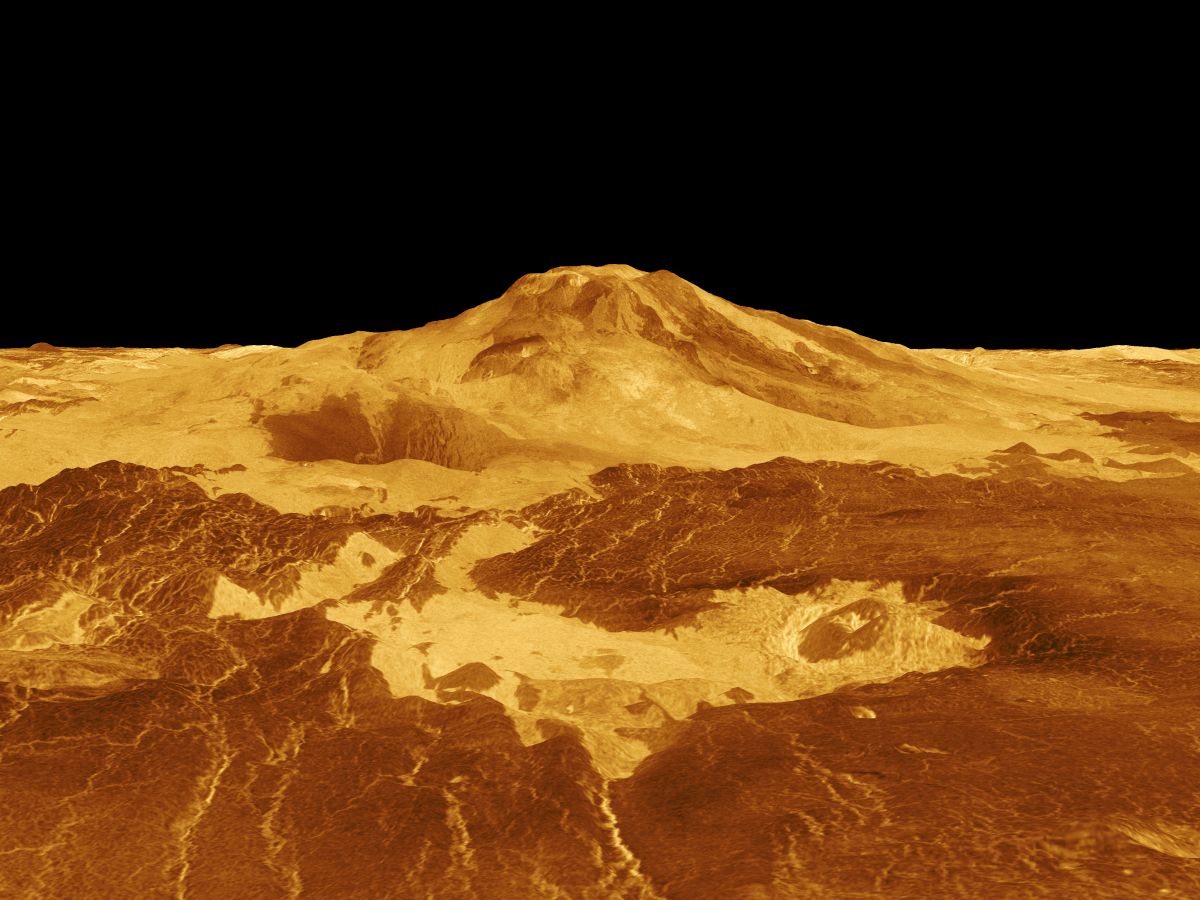 A mysterious whiff of an unstable chemical in the skies of Venus may not be a sign of life but the result of explosive volcanic eruptions, a new study finds.

Last year, scientists reported detecting signs of the molecule phosphine in the clouds of the second rock from the sun. The chemical, which is made up of one atom of phosphorus and three atoms of hydrogen, should break down quickly in atmospheres that are rich in oxygen, such as those of Earth and Venus.

On Earth, phosphine is made in factories and is found near certain kinds of microbes. As such, researchers suggested phosphine on Venus might be a hint of life on that hellish world in a hotly debated hypothesis. One opposition camp has questioned whether or not phosphine was definitely seen, while another debates whether life is the only possible origin for phosphine on Venus.

Related: After a tantalizing discovery at Venus, what could an astrobiology mission look like?

To see if there might be a nonbiological explanation for phosphine in the skies of Venus, the researchers analyzed lab data on phosphorus chemistry as well as calculations of volcanic and atmospheric activity.

The scientists found that volcanism on Venus could potentially bring small amounts of phosphorus-loaded compounds known as phosphides from deep in the mantle layer of the planet to the surface. Explosive volcanic eruptions could then spew these phosphides — in the form of volcanic dust — into the atmosphere, where the chemical could react with sulfuric acid to form phosphine.

In order for phosphides to reach the altitudes necessary for the previously reported phosphine detection, the researchers suggested a Venusian outburst on a scale comparable to the Krakatau eruption on Earth in 1883 was necessary. That catastrophe was one of the deadliest and most destructive volcanic events in recorded history on Earth, destroying more than 70% of the Indonesian island of Krakatoa and its surrounding archipelago.

“Whether Venus is volcanically active or not has been a subject of debate,” Truong said. “If phosphine really is there, our work suggests that active volcanism may be a plausible way to produce phosphine on Venus.”

The scientists noted that previous research, such as spikes in sulfur dioxide levels at the cloud tops of Venus and fluctuations in the amount of haze seen above these clouds, has suggested Venus might indeed possess enough ongoing volcanism to generate detectable phosphine.

“Venus looks like a volcanic planet — it has a very youthful surface, and there is evidence it has experienced substantial resurfacing recently in its history,” study senior author Jonathan Lunine, a planetary scientist at Cornell University, told Space.com.

Future research will rely on the Atacama Large Millimeter/submillimeter Array (ALMA) radio array in Chile and other observatories to confirm whether Venus actually does possess phosphine, Truong said. In addition, “there are now three very exciting planetary missions to Venus,” Lunine noted — DAVINCI+ and VERITAS from NASA and the European Space Agency’s EnVision. “I’d want to look for ways to detect active volcanism and phosphine in any of those missions.”

Truong and Lunine detailed their findings online July 12 in the journal Proceedings of the National Academy of Sciences.