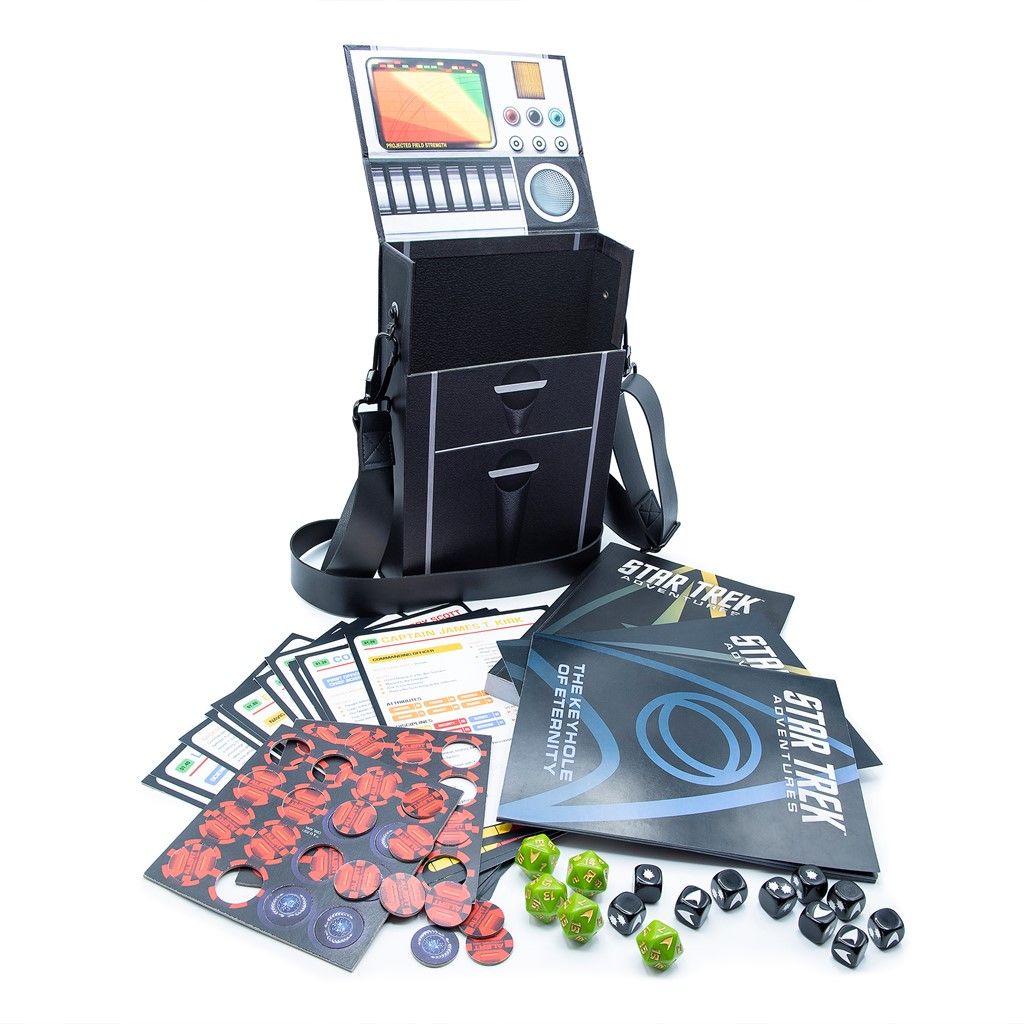 Some of the new additions were released last week (August 6) and others will come in the fall of this year. They will include the Tricorder Collector’s Edition box set, new Starfleet Division dice sets,  new gamemaster and playing guides as well as a complete campaign setting: The Shackleton Expanse campaign guide.

If this news isn’t Trek-tastic enough for you, the Tricorder edition will be the world’s first wearable role-playing game – perfect for players on the move and cosplayers alike. Its packaging replicates the original tricorder from “Star Trek: The Original Series” so you can tote your game across the final frontier in style.

Star Trek Adventures Starter Kit: $24.45 at Amazon
Set phasers to fun and round up your Trek crew to warp into the final frontier with this Star Trek tabletop RPG. View Deal

You can check out today’s best “Star Trek” deals and gift ideas by taking a look at our  guide below.

The best Star Trek gifts and deals for 2021

The new Starfleet Division dice, available now, are first of the new additions to be released. Each pack will contain two d20 dice, along with four black six-sided challenge dice and comes with Star Trek’s iconic delta logo and specific department colors: red, blue or gold.

The Tricorder Collector’s Edition will be released in the fall in a set that Modiphius bills as the world’s first wearable role-playing game. The set includes a 300-page rulebook, a campaign booklet, a rules summary sheet, dice, tokens and character cards for both the NCC-1701 USS Enterprise crew and USS Lexington crew.

Lastly, the two new guides — player’s and gamemaster’s — will come during the Christmas season and are designed to be companion volumes for the various core rulebooks (regular core, Klingon core or tricoder digest.) Each guide is full of advice to help players through the game and enhance the “Star Trek” experience.