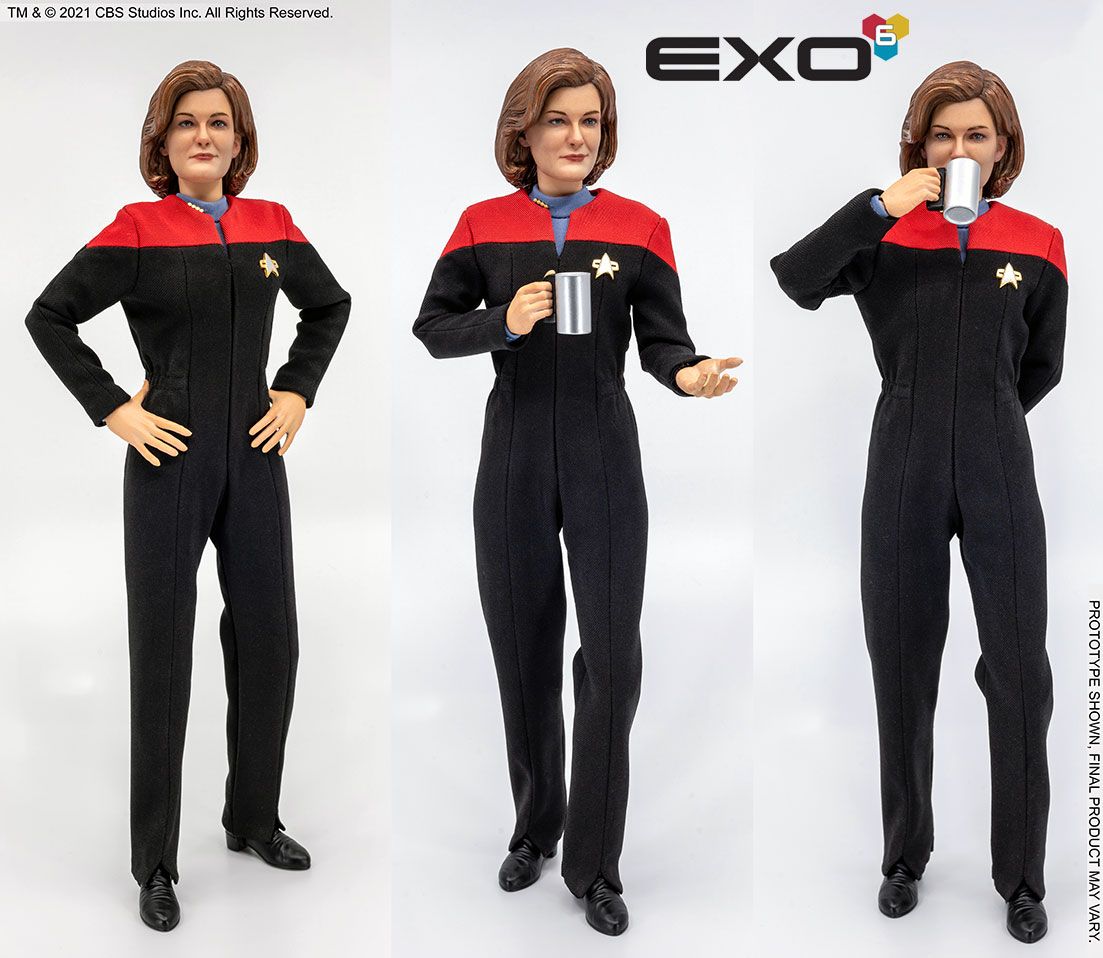 Last year marked the 25th anniversary of first airing of “Star Trek: Voyager” and the occasion was celebrated by a constellation of tributes, fan screenings, reflective interviews and even a deep dive into the backstory of Starfleet’s first female captain in “The Autobiography of Kathryn Janeway” (2020, Titan Books).

To keep the party soaring into 2021, EXO-6 is presenting a new premium collectible figure of the starship’s charismatic leader so capably played by Kate Mulgrew. Its upcoming release follows in the wake of the company’s sold-out renderings of Lt. Commander Data and Captain Jean-Luc Picard earlier this year.

This third 1:6-scale articulated action figure beautifully recreates the likeness of Captain Kathryn Janeway, one of the Delta Quadrant’s most honored galactic explorers, just in time for Mulgrew’s holographic revival of the character in this fall’s “Star Trek: Prodigy” animated series. EXO-6’s late-2021 release represents the first time a brand new Janeway figure has been marketed since the sci-fi series was still airing on UPN.

The final Janeway design is based upon the character’s later-season look sporting shoulder-length hair, measures approximately 11 inches tall, and is fully equipped with a regulation hand phaser, Voyager-style compression phaser rifle, her handy TR-590 Tricorder X and an obligatory coffee cup for her daily dose of caffeine.

Voyager’s captain is dressed in a carefully researched 24th century duty jumpsuit complete with custom black boots. Magnets sewn into the uniform allow for tricorder and phaser holsters to be attached. An authentically-scaled communicator badge is permanently fixed to the tunic.

A hexagonal display base depicting the transporter pad provides added support for the figure.

EXO-6’s impressive Janeway figure is expected to be delivered this winter and is now officially available for pre-orders at the EXO-6 website for the cost of $189.95 USD (plus shipping).