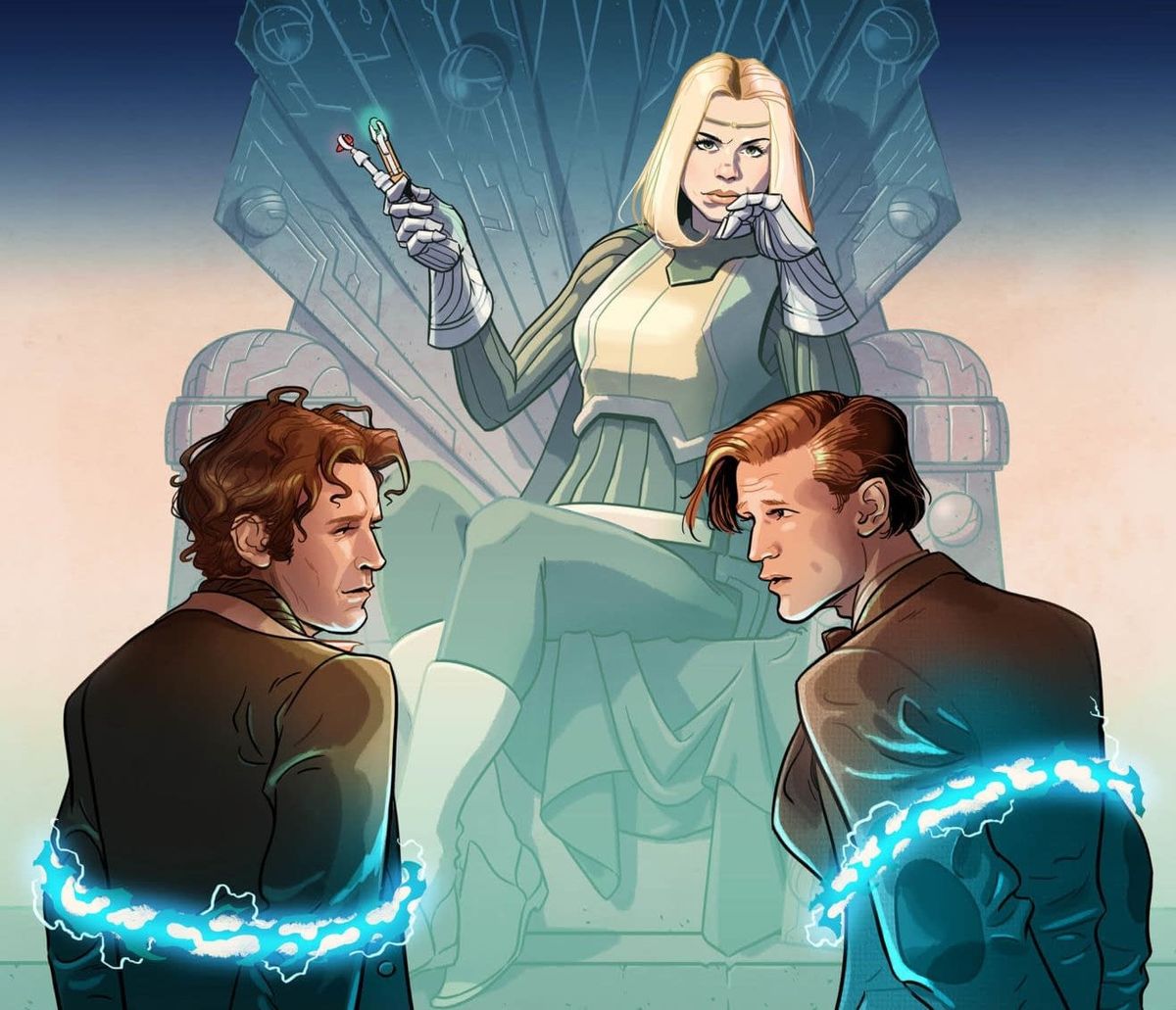 With actress Jodie Whittaker and showrunner Chris Chibnall set to depart the BBC’s “Doctor Who” TARDIS starting in 2022, despairing fans can look forward to another Timelord reunion this fall courtesy of London-based Titan Comics starring the Eighth and Eleventh Doctors.

“Empire of the Wolf” follows after the mega success of Titan’s “Doctor Who” crossover adventures showcasing the Tenth and Thirteenth Doctors. It’s penned by Eisner-nominated writer Jody Houser (“Stranger Things,” “Doctor Who”), and accented with artwork from illustrator Roberta Ingranata (“Witchblade,” “Doctor Who”) and colorist Enrica Eren Angiolini (“Warhammer 40,000”).

The storyline finds Rose Tyler trapped in a parallel universe and believing her exotic adventures with the Doctor were over. Now, lured by a mysterious energy into this alternate reality, she must work with two iconic Doctors to end the tyrannical rule of the warmongering Bad Wolf Empress.

“It’s always a blast to get to dig deeper into elements of the Whoniverse that we’ve only seen a bit of or haven’t seen in a while. It’s such an expansive playground to explore and tinker with,” notes Houser in a press release regarding her love affair with writing “Doctor Who” comics.

“Empire of the Wolf’s” premiere issue leaps into the marketplace with three engaging variant covers by artists David Busian, Abigail Harding, and Christopher Jones, as well as a secret photo cover featuring an all-new character appearing in the upcoming BBC TV series.