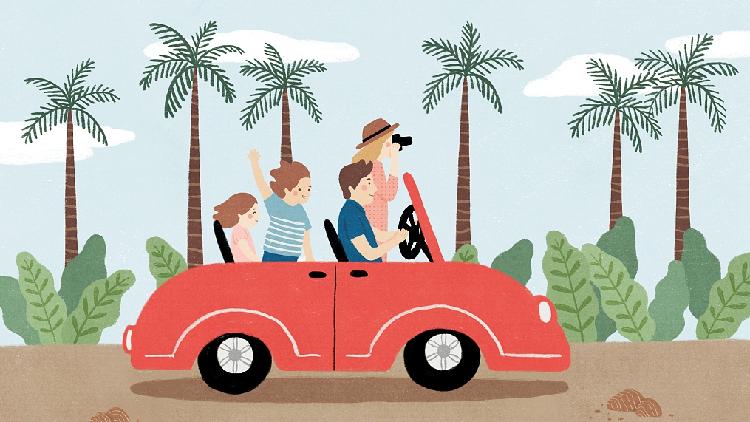 With the alteration of the COVID-19 epidemic in some countries and regions, governments had wanted to restart tourism during the summer holidays. But recently, there are signs of rebounding in most countries, so the resumption needs to be more cautious.

European governments have imposed several travel restrictions to try to contain the rebound.

To better control the epidemic, the Swiss government began to strictly control the entry of people from countries outside the Schengen area from 8 August.

Meanwhile, the Finnish government reinstated travel restrictions in the Netherlands, Belgium and Andorra from 10 August because the COVID-19 cases in those countries exceeded the previous open standard set by Finland.

The Austrian Ministry of Foreign Affairs has also demanded that, as of August 10, the people of Spain have to take a negative nucleic acid test to enter the country.

Germany has also required COVID-19 testing on all people entering the country from high-risk areas. Under the new rules, passengers must take the test between 48 and 72 hours after arrival and will be quarantined until a negative result is published.

Spanish tourists are temporarily unable to travel abroad due to the epidemic, but the COVID-19 epidemic has also severely affected local tourism in Spain. A total of 2,201 foreign tourists visited the Canary Islands in June, 99.8% less than the previous year, according to the National Statistics Institute.

The Spanish local government in the Canary Islands has signed an insurance policy to ensure that travelers will pay their expenses if they contract the COVID-19 pandemic during the holidays.

Affected by the epidemic, the departure trip of Chinese tourists has also been restricted. However, with the decline of the COVID-19 epidemic in China, the domestic custom tourism market is becoming more popular and many tourism companies are intensifying their domestic tourism business.

Data from various Chinese tourism platforms showed that personalized tours aimed at mid- and high-end tourists and meeting the needs of personalized travel are becoming increasingly popular. Experts told China Economic Net that tourism companies are stepping up efforts to customize travel services and is expected to become the leading segment of the domestic tourism market recovery.

Chinese travel service provider Ctrip recently released a report saying that personalized travel orders have doubled after the resumption of inter-provincial group travel, especially the demand for high-end customization business, which is has doubled since last year.

Jia Jianqiang, general manager of the 6renyou tailor-made travel company, said the enthusiasm to travel abroad will shift to the domestic tourism market as people try to act in accordance with their accumulated desire to leave. of the house after closing. Jia said the change in consumer awareness and the impact of the epidemic have accelerated the growth in demand for personalized travel.

“The epidemic has drawn the attention of both tourism professionals and consumers to China. We have found that in addition to the rich traditional culture and beautiful scenes, hotels, guest houses, restaurants and services in China have been greatly improved in recent years, “Jia said, adding that they provide the basis for the pursuit of quality tourism consumption.

Jia said that with the increase in consumer demand, the search for quality tourist consumption has gradually become a trend: the previous tourist visit will gradually be transformed into holiday tourism and experiential tourism.

“It’s likely that people will travel less internationally, what used to be called staycation will change and could become the norm,” Andy Rutherford, founder of UK-based tour operator Fresh Eyes, told the BBC.

In the face of a global pandemic, cruise ships, ski holidays and long-haul flights are likely to lose their appeal, especially when the focus returns to green technology and ways to deal with the climate crisis. , said Rutherford. “Our commitment to travel must be based on mutual respect, solidarity and responsibility.”

“National travel can make you realize that you don’t always have to travel until now,” said Ulf Sonntag of the Northern Europe Tourism Research Institute.

Boeing, which has already laid off 10 percent of its workforce worldwide, said it does not expect air travel to return to 2019 levels until at least 2023, according to the BBC.

IAG, the parent company of British Airways, said it could take “several years”.