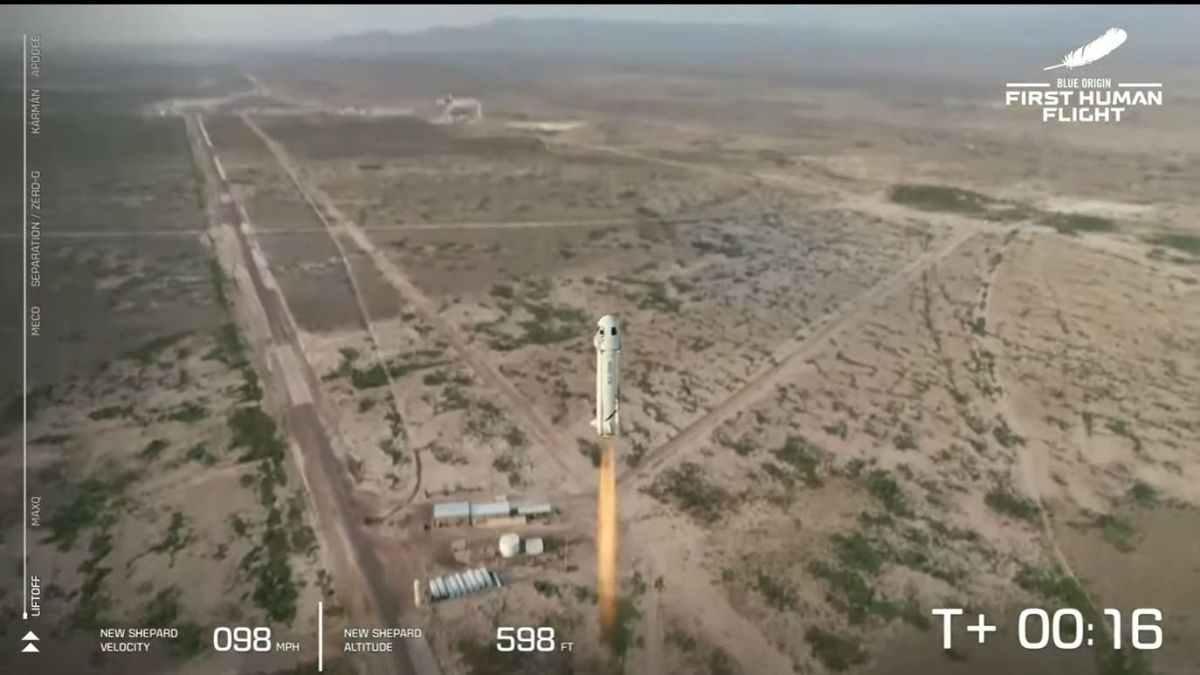 People who buy joyrides to the final frontier could soon find an additional charge on their bill.

“Space exploration isn’t a tax-free holiday for the wealthy. Just as normal Americans pay taxes when they buy airline tickets, billionaires who fly into space to produce nothing of scientific value should do the same, and then some,” Blumenauer said in a statement issued by his office.

“I’m not opposed to this type of space innovation,” added Blumenauer, a senior member of the House of Representatives’ Ways and Means Committee. “However, things that are done purely for tourism or entertainment, and that don’t have a scientific purpose, should in turn support the public good.”

Blue Origin has already begun commercial operations — Daemen was a paying customer — and Virgin Galactic aims to do so early next year, after performing a few more test flights this fall.

Virgin Galactic’s most recently stated ticket price was $250,000. Blue Origin has not revealed its prices yet, but they’re thought to be in the six figures as well. (Someone paid $28 million for a New Shepard seat in an online auction last month, but that was a special circumstance. The still-anonymous auction winner was supposed to fly on the July 20 mission but later backed out, and their seat was filled by Daemen.)

The proposed new tax would likely be levied on a per-passenger basis, as is done with commercial aviation, the statement said.

There would be two taxation tiers, one for suborbital flights and another for missions that reach orbit. The statement did not reveal how much the tax would be in either case or if the collected revenue would be earmarked for any specific purpose.

Such a purpose could be the fight against climate change, if the proposed act’s full name is any guide. Blumenauer is concerned about the potential carbon footprint of the space tourism industry once it gets fully up and running, the statement said.