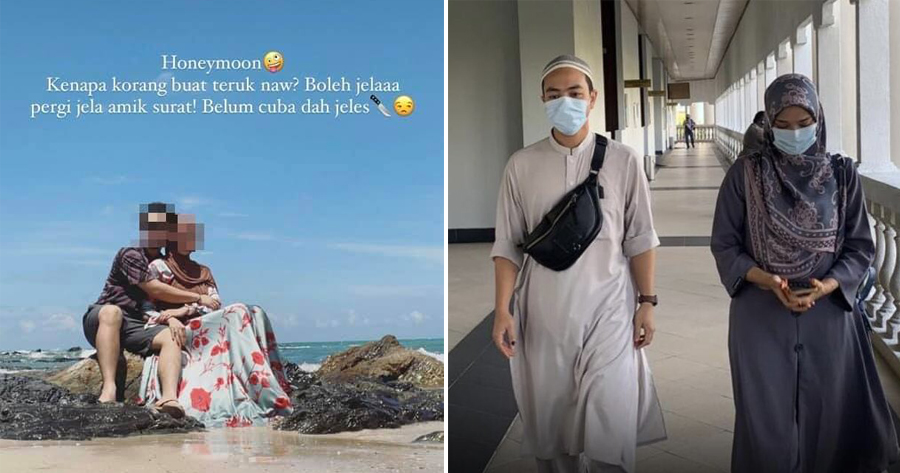 The ‘Insta-famous’ couple that travelled interstate to Johor for their ‘honeymoon’ have been sentenced to one day in jail and fined RM2,500 by the Magistrate’s Court today (20 April) on charges of giving falsely written information.

The couple also applied to the court to impose a minimum sentence because they have family dependents, reported Kosmo!.

“We apply not to be sentenced to imprisonment and we regret and promise not to repeat the offence,” Iram Naz said.

However, Deputy Public Prosecutor Wan Ahmad Hakimi Wan Ahmad Jaafar suggested that, due to public interest, the duo will still be sentenced to prison.

They were charged under Section 22 (D) of the Prevention and Control of Infectious Diseases Act 1988 (Act 34) and Section 34 of the Penal Code which is punishable under Section 24 Act 342. The punishment for that section provides for a maximum imprisonment of two years or a fine or both upon conviction. 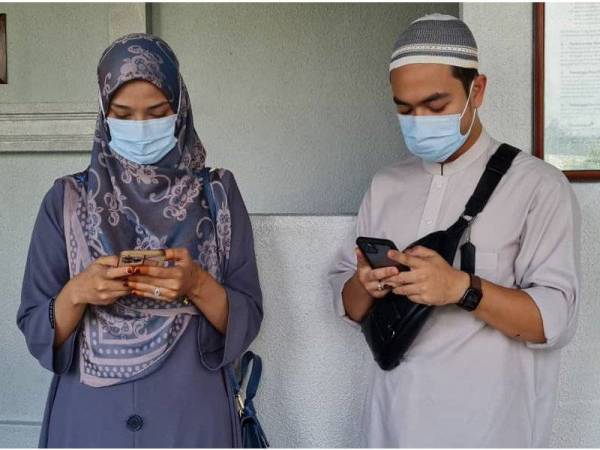 The couple had previously gone viral after netizens questioned how they could cross states on the basis of a ‘honeymoon’.

In several Instagram stories, Iram Naz posted photos of her and her husband enjoying themselves at the beach.

“Why are you guys hating unnecessarily? It’s possible, just go get a permission letter! You haven’t tried it but you’re already jealous,” she said in one of her posts.

When asked if a honeymoon can be used as a reason to travel interstate, she replied that it is possible, but one would have to be “pandai-pandai (clever)” about it if the police are strict.

After allegations arose that the couple had violated the interstate travel ban, they claimed that they had provided legit work documents to the authorities.

Police Chief of Wangsa Maju district, Superintendent Ashari Abu Samah said that they had applied for a CMCO travel permit to Johor Bahru for a work trip on 15 March, reported Sinar Harian.

“They have submitted proof of all business dealings as well as receipts of their accommodation,” he said. 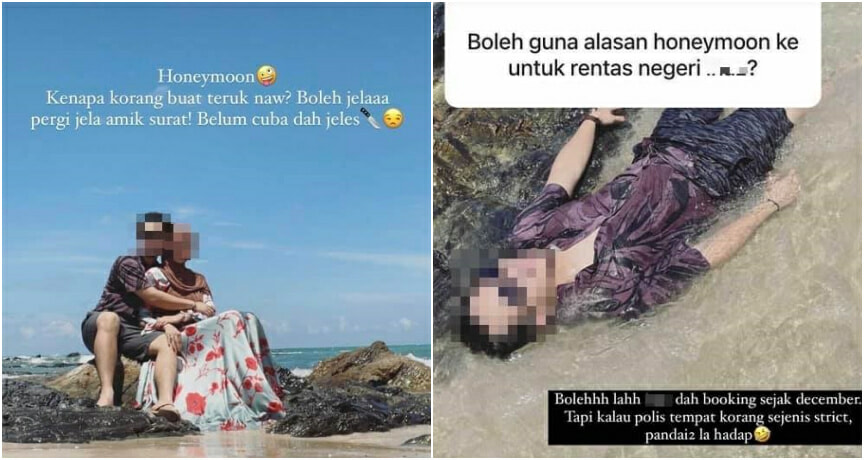