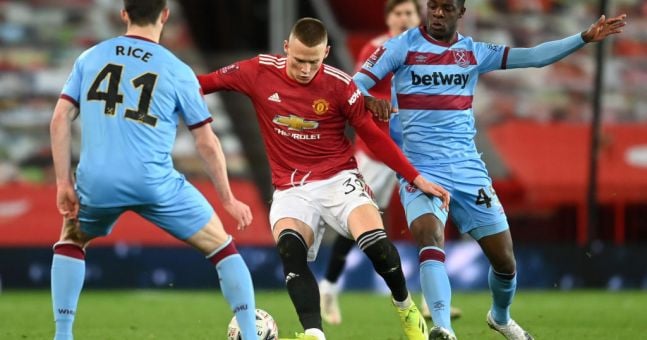 IRISH FANS are concerned by the nature of Ademipo Odubeko’s withdrawal from the Irish under 21 squad.

The talented West Ham youngster pulled out of the squad with the FAI saying the decision made is “in the best interest of the player”.

Odebuko has appeared for West Ham twice this season, once against Manchester United in the FA Cup, and is highly rated at the London club.

The 18-year-old was born and raised in Tallaght, and is also eligible to play for the Nigeria international team.

The FAI said in a statement: “Ademipo Odubeko’s withdrawal was agreed between the Football Association of Ireland and West Ham United in the best interest of the player.

“He will remain with his club for the international window having only recently returned from injury and, as a result of his busy training and match schedule of late, both parties agreed that it would be beneficial for him to continue working with his club at this time”.

An unfortunate first half for our young Canaries. Here’s the highlights from the first 45 minutes. pic.twitter.com/b6KJPG2rhc

Promising West Ham midfielder Conor Coventry was also removed from Jim Crawford’s under 21 squad, after he was promoted to Stephen Kenny’s senior squad ahead of the World Cup qualifiers with Serbia and Luxembourg.