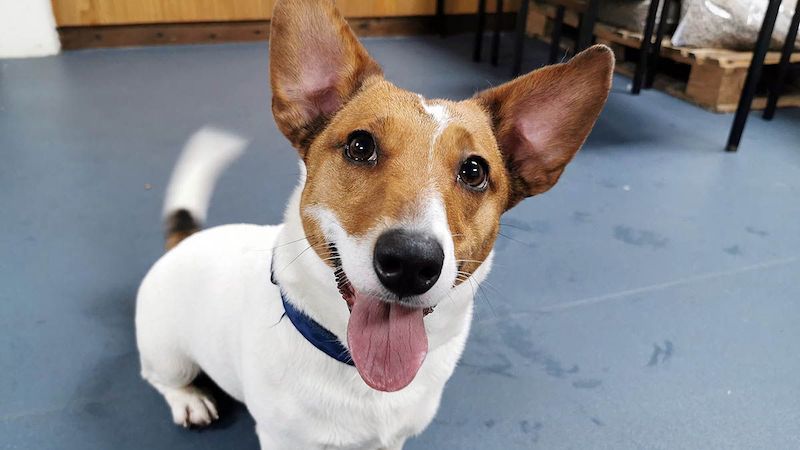 The RSPCA is warning that Britain is headed for a “dog welfare crisis” as the lockdown dog boom ends in returned and abandoned pets.

The charity fears that many new dog owners will be unprepared for the reality and have already seen an increase in returned pets at animal shelters across the UK as restrictions begin to ease.

And this week, the Mirror highlighted how it’s already happening.

The lockdown dog boom has ended in heartbreak for some, with puppies already being abandoned as owners return to the office and shops, pubs, bars and restaurants reopen.

Becky Mosley, of Bliss Cavalier Rescue in north Lincolnshire, said she had seen a huge leap in enquiries to re-home dogs as people returned to workplaces.

Some found they could no longer afford the time or cost of dogs they bought in lockdown – and others had been duped by crooked breeders in buying poorly animals, she said.

And Gill White, from The Border Collie Spot in Berkshire, said the number of dogs being returned were already at “unprecedented” levels, with shelters bracing for another influx if lockdown restrictions lift fully on June 21.

Here are just some of the dogs the RSPCA says are already looking for new homes after they were dumped or their owners’ circumstances changed after they were bought during the coronavirus lockdown.

Perky-eared cockapoo puppy Muffin was rescued in Surrey after being abandoned (Image: RSPCA)

Nine-month-old cockapoo Muffin was born in lockdown last April, which means she would have gone to her home around June.

She was abandoned in Surrey in October and rescued by the dog warden who brought her to the RSPCA’s Millbrook Animal Centre, in Chobham, Surrey.

A spokesperson said: “I expect Muffin was a lockdown puppy, bought by a family during lockdown and abandoned when they realised they couldn’t take care of her.

“She was very nervous and under socialised when she arrived so we spent a lot of time working with her to help her learn all of the things she has unfortunately missed out on due to lockdown.

“We believe her previous owners may not have fully understood what they were taking on when they got Muffin and that she may have been bought on a whim.

“Lockdown has also made it much more difficult for new puppy owners to socialise and train their dogs due to training clubs being closed and restrictions on meeting up.”

Muffin has made lots of friends while she’s been in RSPCA care and has now been reserved and will soon be ready to go to her new home. But the charity fears there will be thousands more just like her.” 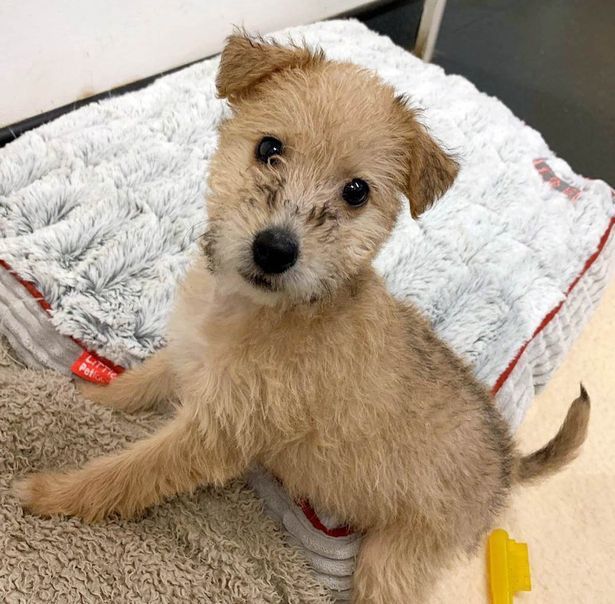 The little poodle cross fox terrier was purchased over Christmas but was relinquished to the charity’s Martlesham Animal Centre – run by RSPCA Suffolk East & Ipswich Branch – just over a week later.

Animal centre manager Zoe Barrett said: “Molly didn’t get on with the other dog in the house and her new owners simply couldn’t cope with her so asked us for help.

“Unfortunately, lockdown has made it much more difficult for puppy owners to properly socialise and train their dogs.

“We understand lots of dog owners are struggling to cope with behavioural problems due to the major changes to our way of life and it may be tricky for people to get help due to the restrictions that are in place.

“Thankfully, we had space to take Molly in and we’ve already found her a wonderful new home. But puppies are hard work and it’s really important that people consider whether they can manage one before bringing one home; and whether now is the right time to add a dog to their home?” 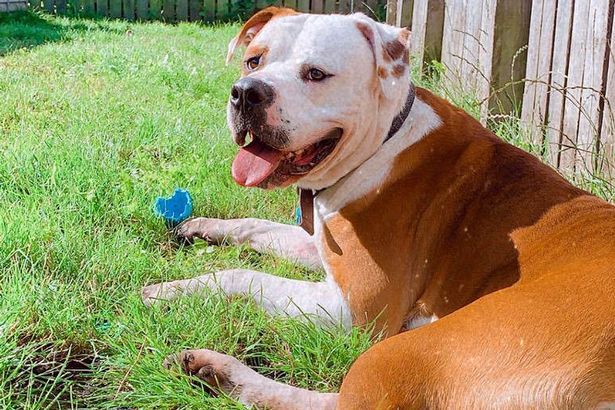 The youngster – thought to be around one is described as a big, strong dog who is looking for an owner with experience with large breeds.

He finds it difficult meeting and trusting new people so is looking for adopters who can make regular visits and get to know him before taking him home.

He’d like a calm and quiet, adult-only home and his new owners must be non-smokers

Sadly, there’s evidence to suggest he has been burned in the past and he finds the smell of smoke unsettling, the RSPCA says.

Hector is an intelligent dog who loves to learn, enjoys playing ball, and loves having his tummy tickled. Find out more about Hector here. 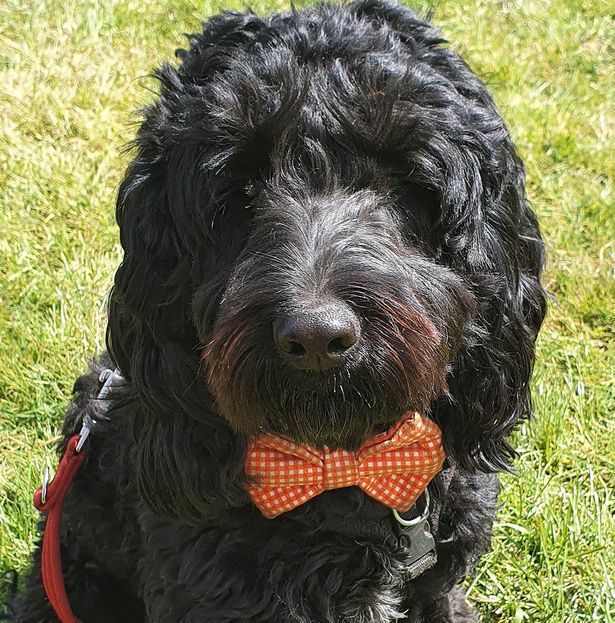 Eighteen-month-old cockapoo Nelson was bought as a family pet at the beginning of lockdown but his owners’ circumstances changed (Image: RSPCA)

Jack Russell terrier cross Corgi Scooby was found abandoned in an alleyway in Chertsey, Surrey, on December 13 – likely another victim of the pandemic, the charity says.

He said: “A member of the public had found the little tan and white dog tied up to a lamp post down an alleyway when he was walking his own dog at around 2pm.

“When he passed again, around five hours later, the little dog was still there, wearing a harness and attached with a metal chain.

“It was raining, cold and the poor dog was shivering so he untied him and took him home before calling us.”

Scooby is at the RSPCA’s Millbrook Animal Centre, where he’s being assessed before being placed for adoption. 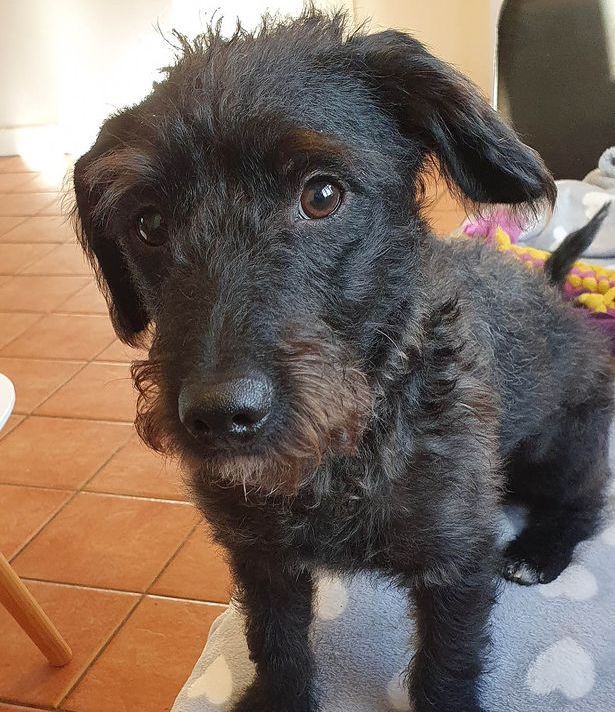 The RSPCA said an elderly couple who bought Robbie, a poodle cross Jack Russell terrier in lockdown, found they could not cope with him (Image: RSPCA)

Eighteen-month-old cockapoo Nelson was bought as a family pet at the beginning of lockdown and was a much-loved addition to his family.

He was handed over to the RSPCA’s Mount Noddy Animal Centre, in Chichester, West Sussex, when their circumstances changed and they could no longer care for him.

A spokesperson from the RSPCA Sussex, Chichester & District Branch said: “Poor Nelson is nervous of strangers and this is something we’re concerned may become prevalent in lockdown puppies, who weren’t able to socialise properly due to Government restrictions.

“He’s now in a foster home where he’s doing really well and we’ve had more than 200 applications to offer him a home so we’re sure we’ll find him a wonderful new home soon.”

RSPCA dog welfare expert Dr Samantha Gaines said: “There was a huge surge in demand for dogs during lockdown as families made the most of spending more time at home. What concerns us is what’s happening to these ‘lockdown puppies’ now and what will happen to them over the coming months.”

“We’re worried that while many families will have considered the long-term commitment of taking on a dog, some may not have been thinking post-lockdown about how they’ll care for their new pet when they return to work or how they’ll pay for them if they should be hit by the recession.

“We expect that we’ll see a major dog welfare crisis this year as huge numbers of dogs are relinquished to rescue centres, sold on online or even abandoned; with struggling charities forced to pick up the pieces.”

“We also have concerns that many dogs who have got used to having their owners at home may struggle to adapt once furloughing ends and people begin to migrate back to the office.”

Dr Gaines said behavioural problems was one of the key reasons dogs were returned.

Separation anxiety is thought to affect as many of 85% of dogs, and the RSPCA fears dogs will be brought to rescue centres as pets struggle to cope with owners returning to workplaces.

Many puppies bought during lockdown will be approaching the big behavioural changes of adolescence just as restrictions are lifting, Dr Gaines said.

The RSPCA is concerned this will bring another peak of owners relinquishing pets as their lifestyle changes.

Dr Gaines said dogs were a huge responsibility and people should give careful consideration to whether they can care for a pet for the rest of its life.

She added: “Sadly, we know that as animals are so readily and easily available to buy online, it can be very easy for people to buy a new pet on a whim and that often means that, within a few months, they quickly realise that they cannot cope with them and seek to give them up or sell them on.

“Our advice to anyone thinking of getting a dog is to do lots of research and take time to really consider whether you can commit to a dog and the responsibility and costs associated with owning one. If you can, then please consider adopting a rescue dog instead of buying a puppy.”

See the latest news, information, conversations and much more, all tailored to your neighbourhood, in your InYourArea live feed here.