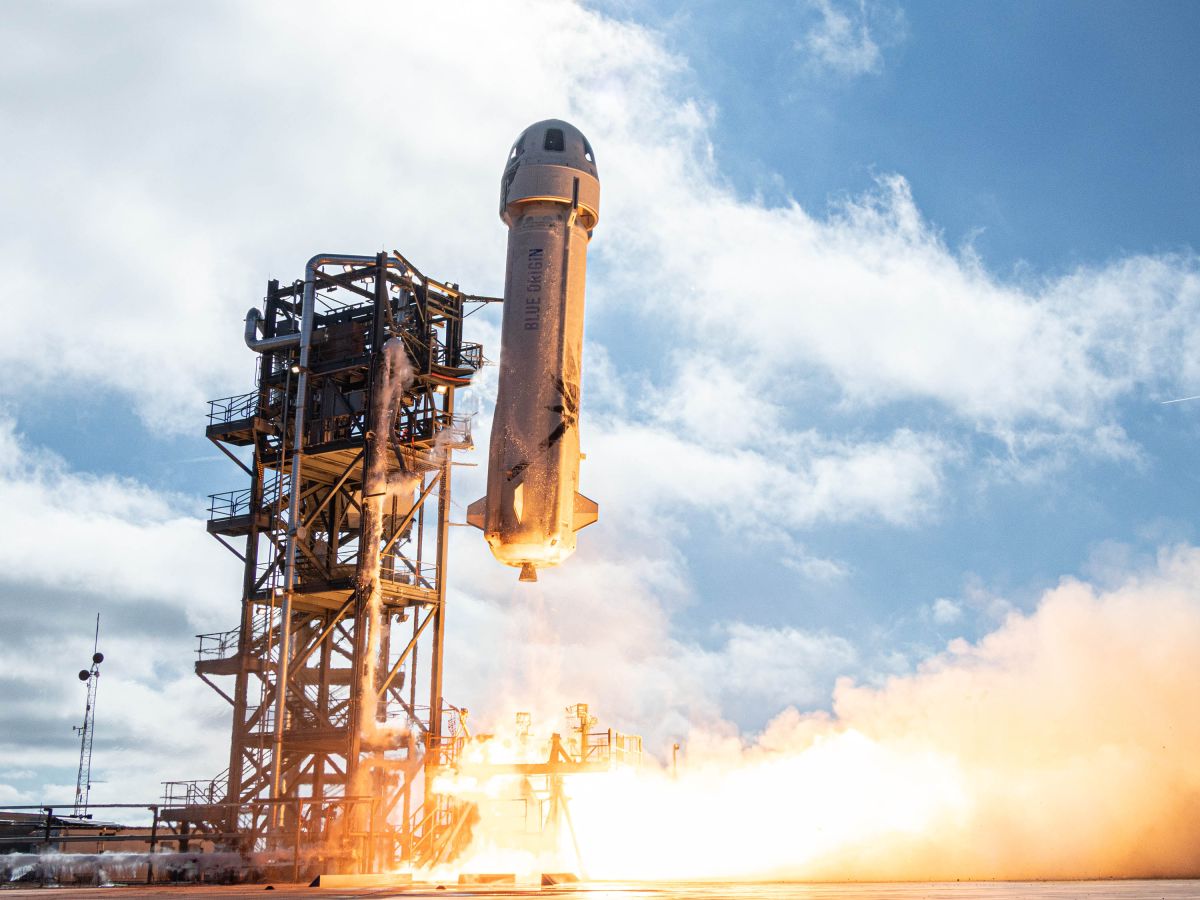 Blue Origin is targeting Aug. 25 for the next flight of its New Shepard suborbital vehicle, company representatives announced today (Aug. 18).

The uncrewed mission is scheduled to lift off from Blue Origin’s West Texas launch site at 9:35 a.m. EDT (1335 GMT; 8:35 a.m. local time) on Aug. 25. You can watch it live here at Space.com at that time, courtesy of Blue Origin, or directly via the company.

Next week’s spaceflight will be the 17th overall for Blue Origin and the first since the company’s debut crewed mission, which took place on July 20. On that day, a New Shepard vehicle carried company founder Jeff Bezos, his brother Mark, 82-year-old aviation pioneer Wally Funk and 18-year-old Dutch student Oliver Daemen to suborbital space and back.

The Aug. 25 mission, known as NS-17, won’t carry any people, but New Shepard — a reusable rocket-capsule combo — won’t be empty. The capsule will contain 18 commercial payloads, 11 of which are NASA-sponsored, as well as thousands of postcards submitted by kids via Blue Origin’s nonprofit Club for the Future, company representatives said today.

In addition, the capsule’s exterior will host NASA’s Deorbit, Descent and Landing Sensor Demonstration experiment, a suite of technologies designed to help spacecraft land more accurately on the moon and other cosmic bodies. This will be the second Blue Origin flight for the sensor suite, which first reached suborbital space aboard New Shepard in October 2020.

And, in a first for a New Shepard mission, NS-17 will feature an art installation — Amoako Boafo’s “Suborbital Tryptych.” The work consists of three portraits “painted on the top of the crew capsule on the main [para]chute covers,” Blue Origin representatives wrote in an NS-17 mission description. “The portraits capture the artist, his mother and a friend’s mother. The artwork is part of Uplift Aerospace’s Uplift Art Program, whose purpose is to inspire new ideas and generate dialog by making space accessible and connected to the human experience.”

Artist Amoako Boafo with one of the portraits flying on top of the New Shepard crew capsule on Blue Origin’s NS-17 mission, which is scheduled to launch on Aug. 25, 2021. (Image credit: Uplift Aerospace)

Blue Origin currently operates two New Shepard vehicles. One of them — the one that will lift off next week — is dedicated to flying research payloads on uncrewed missions. NS-17 will be the eighth space mission for that particular vehicle.

Blue Origin has one main competitor in the suborbital space tourism business — Virgin Galactic, which conducted its first fully crewed suborbital mission last month. Virgin Galactic flies a six-passenger, two-pilot space plane that lifts off from a runway beneath the wings of a carrier aircraft and glides back down for a runway landing at the end of each mission. New Shepard, by contrast, is fully automated, and both of its elements come back down to Earth under parachutes.

Virgin Galactic is selling seats for $450,000 apiece. Blue Origin has not yet announced how much a ride on New Shepard costs.