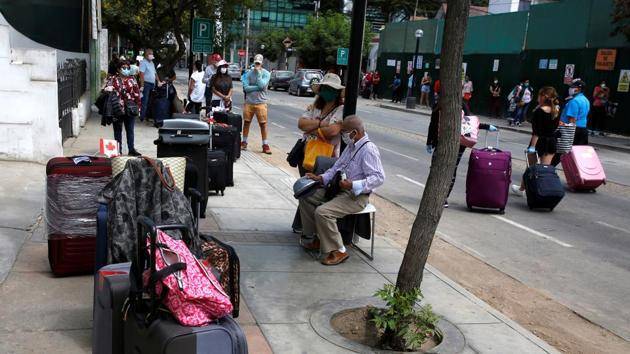 UAE authorities are keeping a close tab on the Covid-19 situation across the Indian subcontinent.

Uncertainty over the resumption of flights from India to the UAE looms large, despite the Narendra Modi administration putting its best foot forward, Ministry of External Affairs (MEA) sources have told Khaleej Times, requesting anonymity.

The UAE has suspended flights from India since April 24, following a second and lethal wave of the Covid-19 outbreak.

In a similar move, on May 13, it also suspended entry for passengers from Pakistan, Bangladesh, Nepal and Sri Lanka, who, along with Indians, comprise 70 per cent of the workforce in the country, and the travel ban is in place at least till July 21, it was announced on Monday.

India-UAE flights: What to do if your stranded family’s visas expire soon

The MEA authorities said constant efforts have been made over the past few weeks to impress the need to resume flights upon the respective governments in GCC nations.

However, several of these countries remain concerned on account of the mutant Delta variant, the aftershocks of which are being felt across the world, including in India.

To make matters worse, GCC authorities are also apprehensive about surging viral infections in Kerala, a state which accounts for over 60 per cent of Indian expatriates to the UAE and the wider region.

Concerns abound regarding an uptick in the ‘R’ factor, or reproduction rate, of Covid-19 in Maharashtra and Kerala amid fears of another round of a viral outbreak wave in these states, which could quickly become a nationwide spike of the contagion.

The UAE and GCC authorities are keeping a close tab on the pattern of the contagion in India’s remote and sparsely populated north-eastern states.

The ‘R’ factor in the north-eastern states weigh in the growing concern about another likely spike is round the corner.

In fact, 47 of India’s 73 districts, which have a positivity rate of over 10 per cent, are from the north-east that only account for around 3 per cent of the over 1.3 billion population of the country, according to the 2011 Census.

The travel ban crisis appears to further deepen amid the growing concerns over the ‘R’ factor in India.

Data showed that an estimated nine million Indian expatriates are working in the GCC nations, including more than 3.4 million in the UAE alone.

Hundreds of thousands of people are believed to be stuck in their native countries in South Asia since the travel restrictions came into effect.

MEA sources said that back-channel talks are in progress with the GCC authorities, and particularly with the UAE Government, to facilitate the resumption of flights, as the Arabian Gulf region heads into a break for the Eid Al Adha celebrations next week.

In some positive news, Western European nations, such as Germany and the Netherlands, have resumed flights from India.

However, GCC countries have been largely steadfast in maintaining the status quo, as far as Covid-19-related travel restrictions are concerned.

MEA sources speaking to Khaleej Times categorically stated that all bets are off the table about a definitive date regarding the resumption of flights, since the GCC nations are leaving no stone unturned to safeguard their citizens and residents amid the Covid-19 pandemic.

Officials maintained that the Modi administration has been adhering to a wait-and-watch policy, while trying to impress upon its counterparts across the GCC the significance of resuming flights from India, given that many of its citizens’ jobs could be on the line due to their prolonged absence from the workplace.

Unfortunately, they added, no clear timeline has been set for when flights could resume. This comes despite the fact that some airlines have reopened their bookings from July 15 and a section of the Indian media have erroneously reported that flights would resume from this date.

For a vast majority of Indians, who are stuck in their native country and separated from their loved ones, hope continues to spring eternal.

Expectations among stranded residents are growing by the day that flights are likely to resume after the Eid Al Adha break ends on July 24.

Till a formal announcement is made, however, the anxious wait for stranded Indians continues.