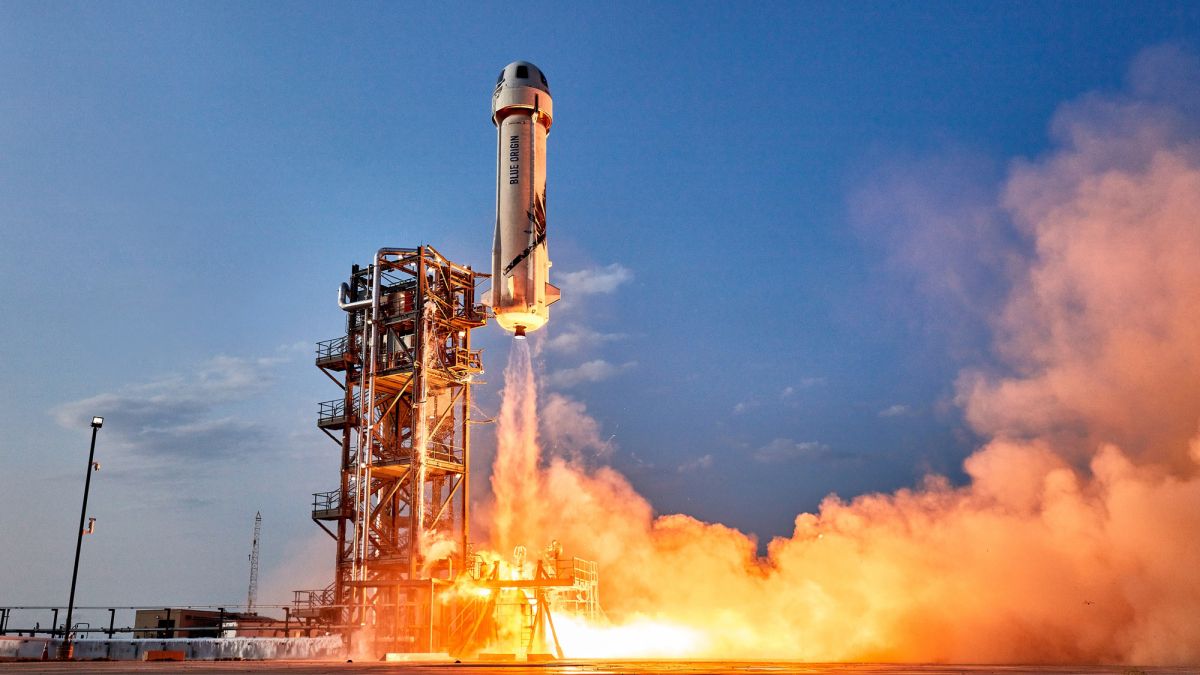 In the stark desert morning of West Texas, Blue Origin’s New Shepard rocket stands atop Launch Site One awaiting its first crew. The launch site is near the town of Van Horn, Texas.

While the First Human Flight was the 16th flight of a New Shepard rocket, it was the third spaceflight for this particular New Shepard, which Blue Origin has earmarked for crewed spaceflights. A second New Shepard that has flown more often will be used for uncrewed payload flights.

New Shepard is named for NASA Mercury astronaut Alan Shepard, the first American in space. It is 60 feet (18 meters) tall, can carry six passengers and uses a single BE-3 engine to launch its capsule on suborbital flights.