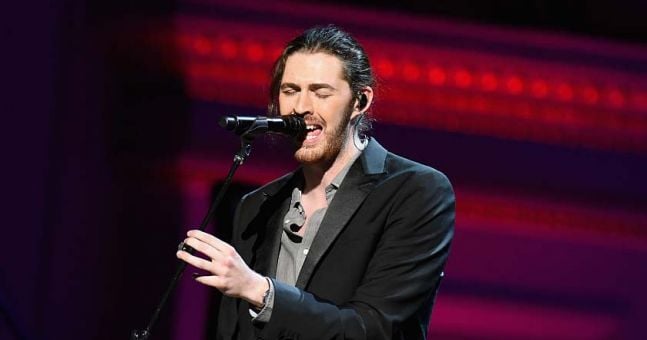 IRISH MUSICIAN Hozier has revealed the origins of his signature breakthrough his Take Me To Church.

The Bray-born singer-songwriter exploded onto the music scene with the track back in 2013, earning a Song of the Year Grammy nomination in the process.

Take Me To Church was recently named in an exclusive list of songs to have racked up more than a billion listens on Spotify.

Hozier’s song was the only track from an Irish artist to feature on the list.

Speaking on the new Netflix music documentary series This Is Pop, the 31-year-old detailed the inspiration and writing process behind the song.

“Take Me To Church was first a series of lyrical ideas where I was reflecting quite a bit on the legacy of the institutional lies of the Roman Catholic Church at home in Ireland. How it had treated people, the soft power that it had held over people’s lives for so long.

“Here was this institution that had managed to instil in society this matrix of thought and values, which was deeply hypocritical and incredibly damaging.”

Hozier added: “To use the Church’s own words, they view homosexuality as something that is intrinsically disordered. Something that is unnatural. When you have an organisation of that power that provides the sort of God-given justification for alienating and torturing and persecuting people of that sexual orientation…

“At the time, there were these horrendous attacks that were taking place against members of the LGBTQ community in Russia. There had been an increase in attacks carried out by essentially Neo Nazi gangs against LGBTQ youths. They posed as other LGBTQ youths in chatrooms and message boards to lure 14, 15, 16-year-olds to places where they thought that they would be safe and they attacked them and filmed those attacks and would torture them on camera and post those on social media.

“That was where Take Me To Church came from. It was discrimination against people in same sex relationships and that song managed to cross borders and it seemed to resonate with people across a wide space.

“If you’re writing songs and you are honest with it and believe in what it is you are writing and you are willing to live and die by it surely your hope is that the more people hear that the better.”

The details behind the song came as part of an appearance that saw Hozier discussing his songwriting process and inspiration.

Hozier continued: “Why write about one thing as opposed to writing pop bangers? I just find it more interesting, if nothing else. It’s a fascinating world out there. Not always a pretty world. In fact, a terrifyingly brutal world at times.’

He continued: “Writing songs and putting them out there into the world is a serious business. When you think about that song as a vehicle and what that vehicle can carry, a song can be a very, very important medium for spreading the message.

“For example, it can remind institutionalised power where true power lies, and that is with the people. There is something about music that sticks to people. It sticks with their experience and follows them through generations.