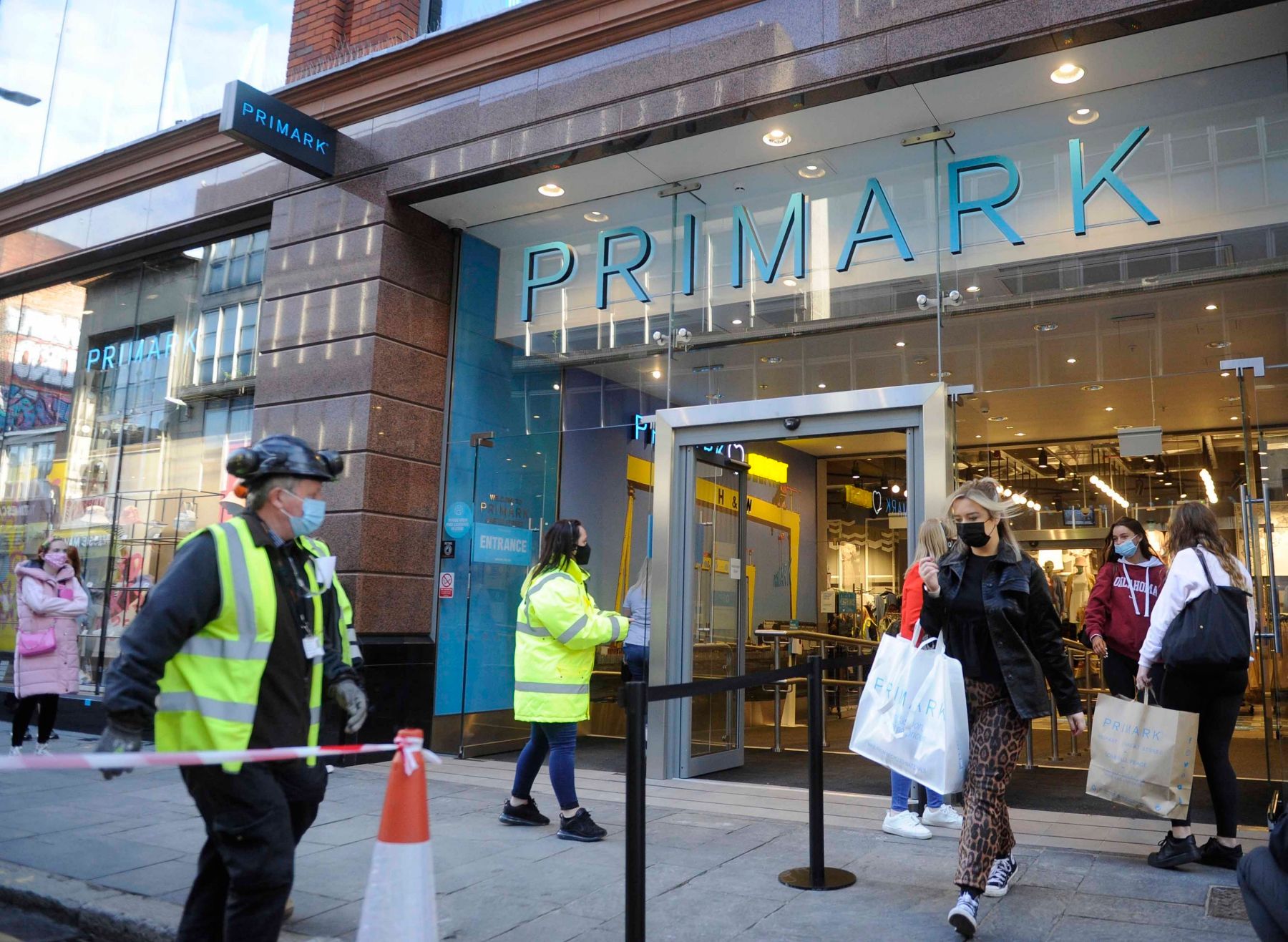 Northern Ireland has taken a major stride out of lockdown as many hospitality and retail outlets reopened their doors after four months of closure.

Publicans, cafe owner and restaurateurs are now able to trade outdoors, while all non-essential retailers can pull their shutters up once again.

There were long queues outside popular retail outlets such as Primark in Belfast from early on Friday morning as hundreds of shoppers returned to the city centre.

Some limited appointments for people in that cohort will be available at the mass vaccination centre at Belfast’s SSE Arena.

Mrs Dodds also highlighted that the Stormont Executive’s delayed high street voucher scheme is set to start operating at the end of the summer, with every adult in Northern Ireland eligible for a £100 prepaid card to spend in the local retail sector.

“Today’s a really good day for the economy,” she said.

“Our shops are opening, our hospitality is able to open outdoors, our self-contained accommodation is opening, we’re announcing the high street voucher scheme.”

“This is a huge investment in the high street, in retail, because retail has suffered enormously during the pandemic, and with this almost vicious cycle of lockdowns.”

Licensed and unlicensed hospitality premises can now serve customers in outdoors settings in groups of six from no more than two householders.

It means publicans and restauranteurs who have outdoor space can resume operating.

Pedro Donald, owner of the Sunflower Bar in Belfast said he fears he will not be able to reopen on Friday when outdoor hospitality in Northern Ireland is permitted to reopen after being told his outdoor area does not conform with requirements (Rebecca Black/PA Wire)

Curfews on takeaways and off-licences have been removed while gyms and swimming pools can reopen for individual activities.

The limit on outdoor gatherings in domestic gardens has increased to 15 people from no more than three households.

Self-contained tourist accommodation, such as caravans and rented holiday homes, can also operate.

The appointments for the 30-to-34-year-olds are mainly available at the mass vaccination centre in Belfast’s SSE Arena, with bookings opening at 10am on Friday.

Some appointments may also become available in community pharmacies.

“In less than five months we have vaccinated almost one million people, and thousands of our citizens have been able to receive the vaccine well ahead of schedule,” he said.

“I know that we all long for a sustainable return to more normal times and vaccination offers the best hope for this. Uptake is very encouraging, and I’m pleased that we are moving so quickly through the cohorts.

“We have a limited number of slots that we can now offer to those aged 30 to 34, so, if you’re eligible, I would urge you to step forward and take the opportunity to get the jab.”

While the latest easing of restrictions has been widely welcomed, a number of bars have said they will not be able to reopen after being told their outdoor areas do not conform to requirements.

Many bar owners say their outdoor areas, now judged to be too enclosed, have not changed from what was permitted to open following the easing of the first lockdown last year.

Outdoor premises should not be more than 50% enclosed, according to health guidance.

Hospitality Ulster said there was “chaos” over the implementation of the rules and many venues had been told their outdoor seating areas did not adhere to guidelines from the Executive.

The Executive insisted on Thursday there had been “no change” around rules for outdoor hospitality venues and the “definition of indoor and outdoor areas which applied last year” still applied.

Local councils are inspecting hospitality premises in their respective areas.

In a statement, Belfast City Council said it had a “statutory obligation to ensure compliance within the coronavirus restrictions, set by the NI Executive”.

Finance Minister Conor Murphy said the issue was discussed at a meeting of the Executive on Thursday and that they want people to be able to open their doors as planned and that there was “no desire to put any additional obstacles in anyone’s way”. 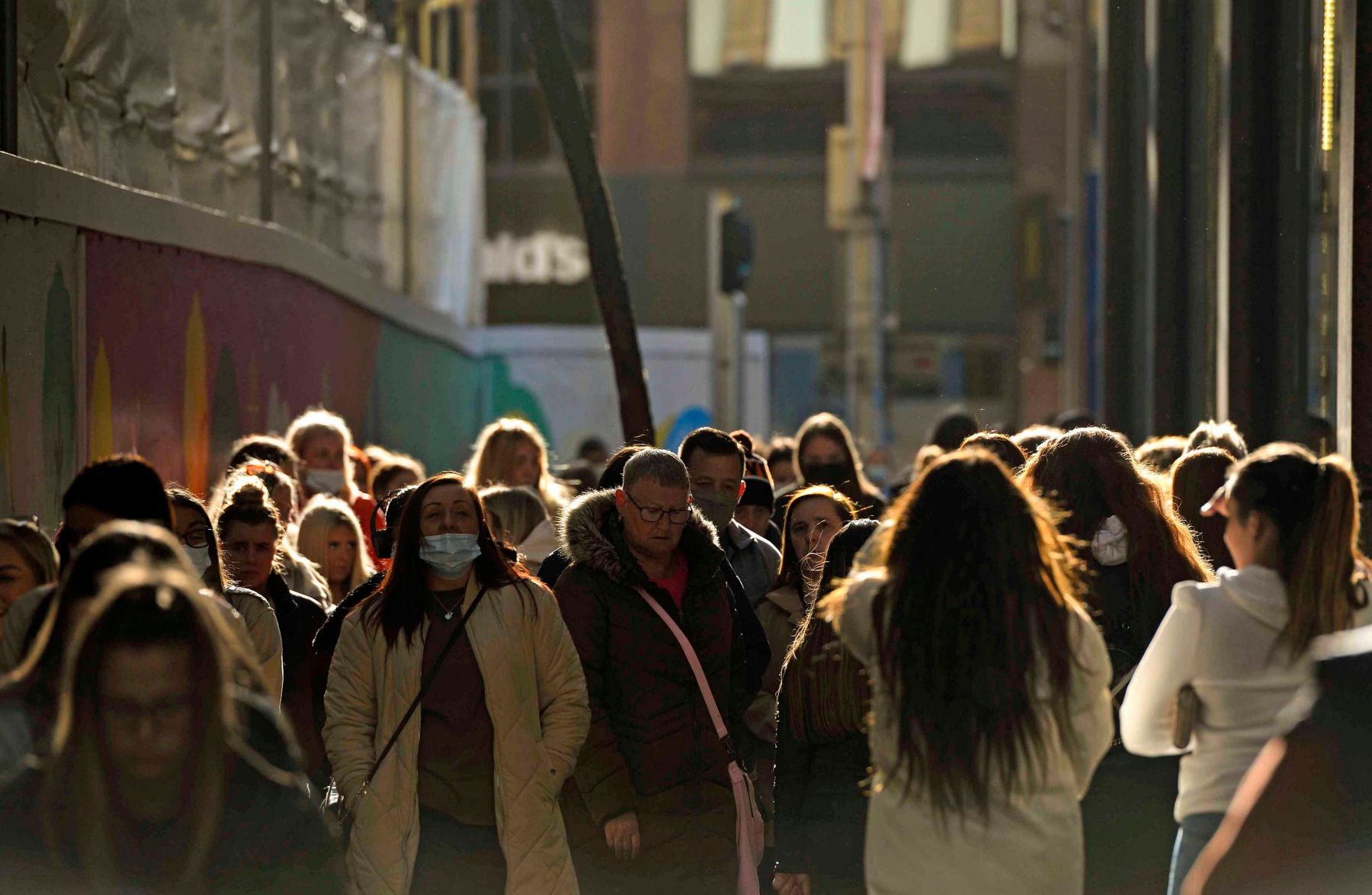 Northern Ireland took some steps out of lockdown last week after a series of businesses resumed trading for the first time in four months.

Outdoor attractions welcomed back visitors while competitive sport resumed outdoors, with numbers limited to 100, but with no spectators allowed.

More restrictions are set to be lifted on May 24, although these are subject to review.

From that date, pubs and restaurants can operate indoors, people will be allowed to gather in homes, and indoor attractions can reopen.

Other tourist accommodation such as hotels and B&Bs can also reopen.