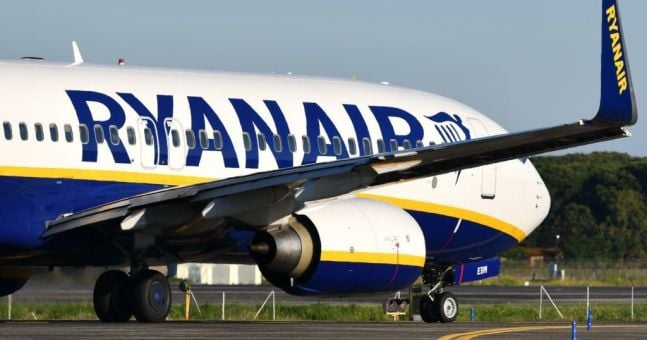 A MEDIC was mercilessly prevented from boarding a Ryanair flight bound for Dublin because he didn’t have ‘correct’ proof of a Covid-19 test.

The hospital worker, who was flying from London to Ireland for “very personal family business”, was stopped at the gate by Ryanair staff.

Despite the fact that he had taken a valid Covid-19 test through the NHS, which produced a negative result, Ryanair staff reportedly insisted that he needed to provide results from a private test before he could board.

The unnamed medic said he received a negative test result 24 hours prior to flying and was left “extremely upset” at not being able to make it to Ireland for an “important family event”.

According to the Irish Daily Mail, a family member said: “He knew he’d miss it so he just went home. He didn’t even bother getting a private test.

“He was almost in tears, it was so upsetting.

“He had a negative test, an NHS on, that is recognised by the government there but [Ryanair] wouldn’t accept that. We’re quite upset.”

He was one of nine people who weren’t allowed to fly. One woman was also apparently “in tears” after being told she wasn’t allowed to board the flight, despite the fact that she also had a negative test result courtesy of the NHS.

All passengers arriving into Ireland are now expected to produce proof of a negative PCR Covid-19 test within 72 hours of departure.

Those arriving from the UK are required to phone a GP at least five days after landing to organise another test, whilst they must also self-isolate for 14 days.

According to Ryanair’s website, which says the company “fully complies with all travel restrictions, which details are set out by EU governments”, Portugal does not accept PCR tests results from the NHS, but it does not say this for Ireland.