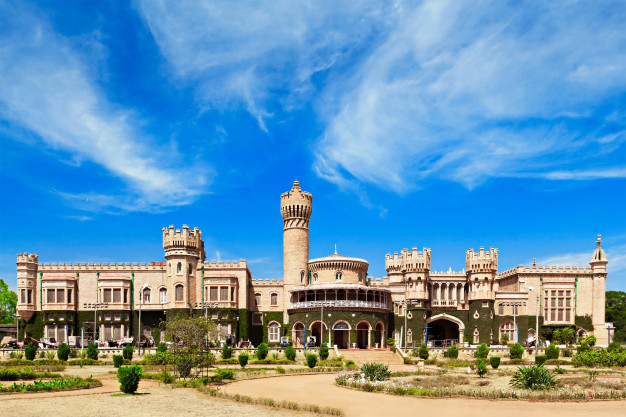 Bengaluru which was previously known as Bangalore is one of the most thriving metropolitan cities in India. Because of its everyday flourishing IT industries, a lot of people have settled down here for a better career and they reside side by side with the existing vibrant culture of the city.

Also known as the Silicon Valley of India this city is also a major tourist hotspot because of places like Bangalore Palace, Cubbon Park, Lalbagh, Bull Temple and many other things. Some lovely places are also there which are near the city like Horseley Hills and Nandi Hills which are just a short drive away. If one is planning a trip to Bangalore, then they can check for convenient places to stay online. The details of The Leela Palace Bangalore and other hotels are there in the official website and one can get detailed information from there.

If one does not want to do any kind if touristy things in the city and still want to explore it then there are a few offbeat things that they can do while in Bangalore:

Many people know about Bangalore Fort but there are very few who take the trip outside the city in order to visit the Devanahalli Fort which is spectacular. This fort covers a vast area of 20 acres and being one of the prominent historical places in the city, it was built in the year 1501. Though this was built by the rulers of the Saluva Dynasty but later it was taken over by Hyder Ali. This is the fort where Tipu Sultan was born and this fort is located about 37 kilometres away from the city. It has a history of 500 years and the architecture is fascinating.

Nrityagram: An Amalgamation of Culture and Nature

This place is more than a community than a school. It was opened in the year 1990 by Odissi dancer Protima Gauri. This school is one of the most interesting places which is situated near Hesaraghatta Lake which is about 30 kilometres away from the city. One can find an escape from the daily busy life and immerse in nature and culture. This is a place with gardens and temples where one can have a relaxed time.

This tree is 400 years old and is locally known as the Dodda Alada Mara. It is situated in the outskirts of the village of Kethohalli which is 30 to 40 kilometres away from the city. There are several aerial roots that hang down from an amalgamation of small and large trees that cover an area of 250 metres. Most people spend a few hours here and this is a common picnic spot.

If you are an adventure enthusiast then this is one of the places to visit in Bangalore. Located about 16 kilometres away from the city, this place has a wide range of engaging and exciting activities. In this unique place, one can take a ride in an aircraft and watch the sparkling city below from above. One can also go for a micro light flowing over the city. Flying for public is open from 6 to 9 in the morning on weekends. Adventure junkies can also try their hands on parasailing.

It is a 110 year old akhara or a wresting pit in the middle of Shivajinagar and is one of the few remaining places in the city where traditional Persian wrestling is still practiced. But this is an akhara space in the morning. By afternoon, it turns to a restaurant serving delicious Indian cuisine that one can enjoy.

Amidst the modern buildings and high rises there sits the Mayo Hall which is a colonial structure. It was built in 1800s in memory and honour of Lord Mayo who was the 4th Viceroy of India. This place is a relic of bygone era and it is filled with ornate furniture, stone arches and Tuscan columns. This place houses the Kempegowda Museum and other government offices.

This is one of the most beloved bookstores in Bangalore and hence it is also one of the unusual destinations when it comes to touristy ones. It is the largest second hand bookstore in India and it is a must visit place for any book lovers.

One of the most beloved bookstores in Bangalore, Blossom may not be the most unusual destination on this list. Opened in 2001 and located on Church Street, Blossom is the largest second-hand bookstore in India and is a must for any book-lover. One of the most visited places by avid readers, you can easily get lost in the stacks and stacks of books piled in every nook and cranny of the store. This place is thriving and recently expanded to a second location nearby.

Malleswaram and Basavanagudi: The Real “Malgudi”

Have you read the short stories or even watched the TV series which was based on RK Narayan’s Malgudi Days? Then if one is interested in the book and the writer then it is the perfect place to be. Though the town mentioned in the stories is a fiction but these places hold the old world charm and are the combination of the name.

This was once the central jail of Bangalore. This one is inspired from the Hyde Park of London. It symbolises India’s freedom and a stage of public meetings. It also has the remains of the watch tower and the barracks along with the Jail Museum.

This is the last surviving forest in the Bangalore city. It is located in the Kanakapura road and is full of narrow trails, dense vegetation and small hillocks. One can try trekking here.

The Leela Palace Bangalore takes bookings online and one can confirm their stay before reaching and exploring the city. See the unusual side of Bangalore and get a different experience.