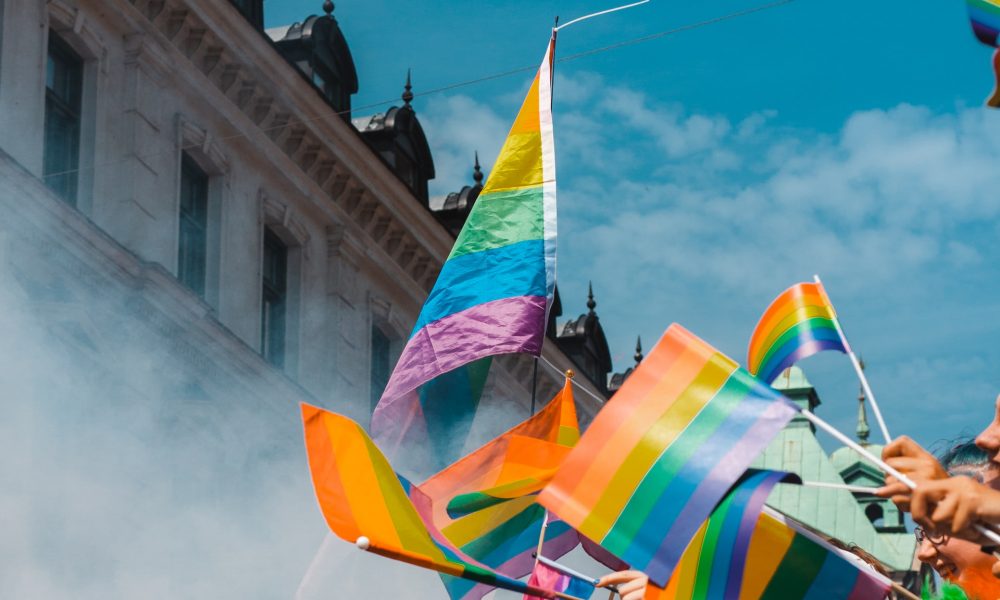 The Monument will commemorate the profound impact of discrimination experienced by Canadian LGBTQ2 + communities and celebrate its achievements. (File photo: Teddy Österblom / Unsplash)

The Canadian and international arts and design community has shown significant interest in Canada’s LGBTQ2 + national monument with more than 30 submissions to the application for qualifications (RFQ). The RFQ opened on October 16, 2020 and closed on January 5, 2021.

Today, the Honorable Steven Guilbeault, Minister of Canadian Heritage, the Honorable Bardish Chagger, Minister of Diversity and Inclusion and Youth, and the advocate of the LGBT Purge Fund, in cooperation with the National Capital Commission, are proud to announce that five teams have been short. -list ready to present Monument design proposals:

The design teams have until August 2021 to complete their proposals. The design concepts will be evaluated by the same jury that reviewed the application requests. The jury includes experts in the fields of visual arts, landscape architecture, architecture and urban design, as well as LGBT purge survivors, key stakeholder representatives and subject matter specialists.

The Monument will commemorate the profound impact of discrimination experienced by Canadian LGBTQ2 + communities and celebrate its achievements. The Monument site will also have the capacity to host large meetings and balance public visibility and contemplation space.

The LGBT purge refers to the period when LGBT members of the Canadian Armed Forces, the Royal Canadian Mounted Police, and the Canadian Federal Public Service were systematically discriminated against, harassed, and often dismissed for sanctioned policy and practice issues. of their sexual orientation, gender identity, or gender expression.

Over time, survivors and their allies worked hard to apologize, gain recognition, earn compensation, and change Canadian law. In 2018 an innovative legal agreement was reached in 2018. Canada was the first country in the world to provide substantial compensation for damage caused to its own people during decades of state-sponsored discrimination.

The LGBT Purge Fund is a non-profit corporation created in 2018 to manage the memorialization and conciliation projects required by the agreement. The Fund is responsible for building a national LGBTQ2 + monument that “will commemorate the historic discrimination against LGBTQ2 + people in Canada, including with regard to the LGBT purge.” As an advocate for the project, the LGBT Purge Fund provides $ 8 million for the project and works with Canadian Heritage and the National Capital Commission to ensure the Monument meets the goals of the agreement and embodies the vision developed with Purge survivors and Canada’s largest LGBTQ2 +. community.

“It is clear that the vision of this Monument, as conceived by the LGBT Purge Fund, has lived up to the Canadian and international arts and design community. I would like to thank all the teams who have taken the time to submit to our Application for Qualifications. We received many excellent submissions and the jury took great care to select five teams to propose monument designs that would recognize this shameful period in Canadian history and move us towards a more positive and non-discriminatory future. We hope to see the designs at the end of this year ”.

“I am very happy to see the next step forward in this important monument. As we rebuild an even better and consciously more inclusive Canada, we need to recognize and acknowledge the embarrassing period of Canadian history known as the LGBT purge. While much work remains to be done to enable LGBTQ2 people to participate fully in all aspects of society, this Monument recognizes the progress we have made. We need to learn from our history to help us create a country where LGBTQ2 people can be their true self. ”

—The Honorable Bardish Chagger, Minister of Diversity and Inclusion and Youth

“The strong interest of the design community shows that they want to be part of the creation of a powerful, lasting and compelling monument to mark the discrimination experienced by the LGBTQ2 + community in Canada. The professional excellence of the five design teams is clear; they also accept diversity and inclusion in the composition of their teams. We are delighted to see the project move forward with design teams that are so committed to this important national project. “