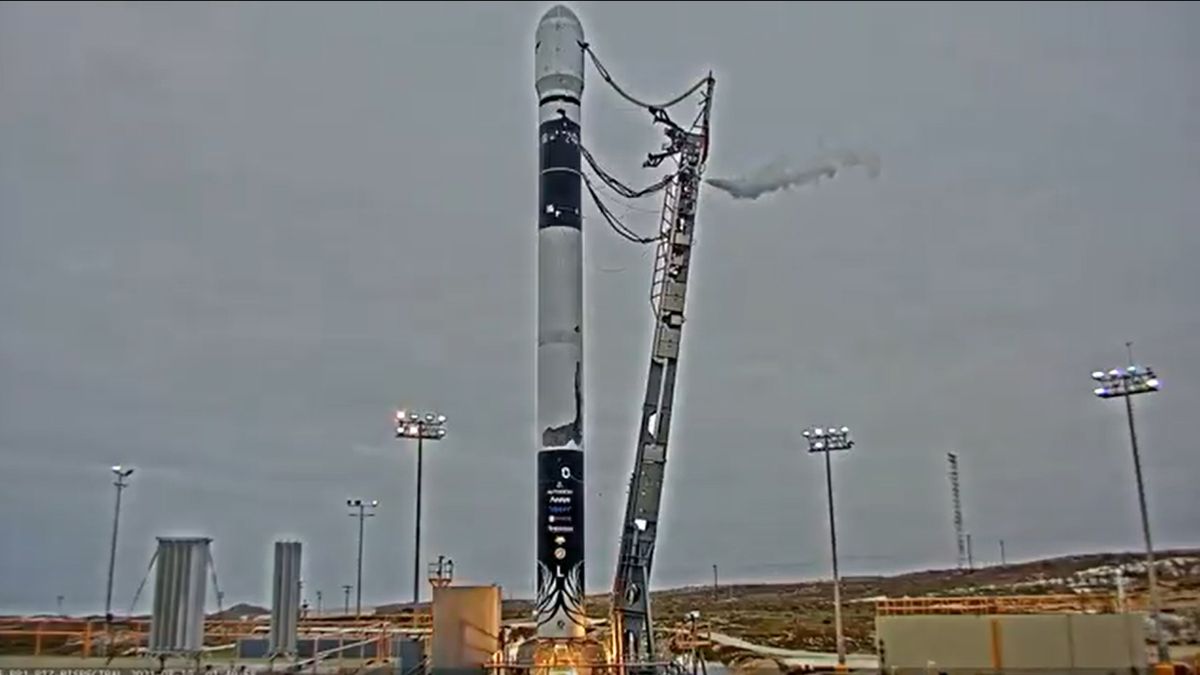 Firefly Aerospace’s Alpha rocket is one step closer to spaceflight.

The rocket completed a 15-second “static fire” test Wednesday (Aug. 18), successfully firing its first-stage engines at the launch pad at Vandenberg Space Force Base in California.

The test, available in replay on Firefly Aerospace’s Twitter, shows cryogenic ice falling away from the rocket as planned while the engines spew fire. “The test was successful and clears the way for Firefly to make its first launch attempt, currently scheduled for Sept. 2,” the company added on Twitter.

“Burn, baby, burn,” a flight controller says in the video as the test starts. Fifteen seconds later, another person’s voice announced success: “Made it all the way,” he said with cheers audible in the background.

Firefly’s Alpha will attempt to serve a space market focused on bringing 1-ton of payloads to orbit at a time, which is much less than the typical load of a SpaceX Falcon 9 rocket. The aim is to appeal to smaller institutions who may not want to wait around for rideshare opportunities, Firefly has said in past interviews.

A Firefly Aerospace Alpha rocket fires up its first stage in a 15-second static-fire test on a Vandenberg Space Force Base launchpad on Aug. 18, 2021. (Image credit: Firefly Aerospace)Image 2 of 2

The coronavirus pandemic and other obstacles delayed Alpha’s launch from the company’s 2020 target, Firefly CEO Tom Markusic told Space.com in March. He also cited issues in upgrading the launch facilities (which was once used for United Launch Alliance Delta II launches) and a qualification issue with an avionics flight termination system piece.

One of Alpha’s differentiators from other startup rockets, according to Firefly, is a more crack and leak-resistant propellant system, built with carbon fiber composites designed to contain supercooled liquid oxygen fuel. Firefly also plans to provide “space services” to serve customers from launch to landing.

Despite not flying a rocket yet, Firefly has earned major contracts. For example, in February NASA announced a contract to land science instruments on the moon in 2023 using Firefly’s lander, Blue Ghost. That deal, organized through the agency’s Commercial Lunar Payload Services program for moon-bound payloads and craft, is worth $93.3 million.

Firefly has also ramped up hiring in recent months, and on Tuesday (Aug. 17) the company announced it had brought on former SpaceX and Blue Origin engineer Lauren Lyons as chief operating officer.

Firefly is the newer space entity that arose from the ashes of a predecessor company, Firefly Space Systems, which filed for bankruptcy protection in 2016 after a major European investor withdrew in the wake of Brexit.

By early 2019, after 2.5 years of stealth work, the new Firefly announced a Cinderella contract: a $52 million expansion for future launches at Florida’s Cape Canaveral. It also won another big NASA contract win in 2018 via the agency’s Commercial Lunar Payload Services program.