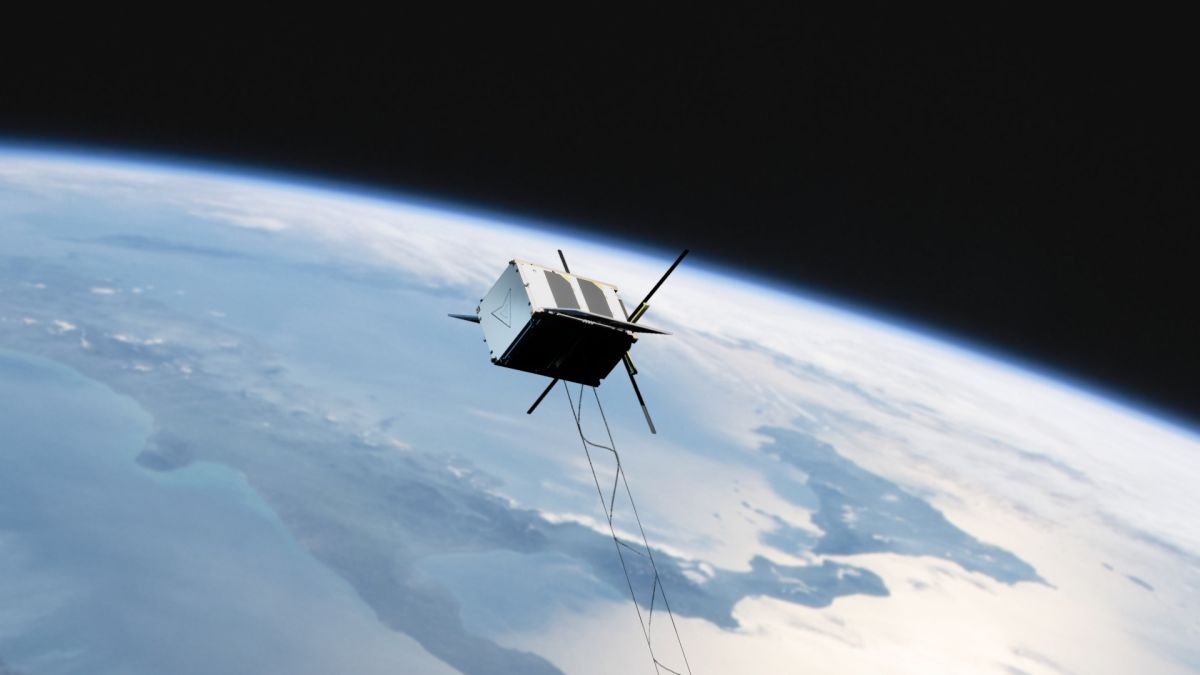 Technology that could ease humanity’s space junk problem is about to get an orbital test.

A tiny cubesat called AuroraSat-1 will launch atop a Rocket Lab Electron booster in the fourth quarter of this year, Rocket Lab representatives announced on Monday (Aug. 16).

AuroraSat-1, which will be operated by Finnish company Aurora Propulsion Technologies, will lift off from Rocket Lab’s New Zealand site, on the North Island’s Mahia Peninsula. After deploying in low Earth orbit, the cubesat will demonstrate systems designed to help operators maintain control of small satellites and bring them down to Earth before they become space junk.

“The cubesat will validate the water-based propellant and mobility control of its Resistojets that can assist cubesats with detumbling capabilities and propulsion-based attitude control,” Rocket Lab representatives wrote in a description of the upcoming mission.

“AuroraSat-1 will also test its deployable Plasma Brakes, which combine a micro-tether with charged particles in space, or ionospheric plasma, to generate significant amounts of drag to deorbit the spacecraft safely at the end of its life,” they added.

Terms of the launch agreement were not disclosed, and no target date was given. However, Rocket Lab did say that four other Electron missions are ahead of AuroraSat-1 in the company’s planned queue.

Three of those missions will loft Earth-observation satellites into orbit for the geospatial intelligence company BlackSky Global in August and September, if all goes according to plan. The fourth will send a cubesat called CAPSTONE (Cislunar Autonomous Positioning System Technology Operations and Navigation Experiment) to the moon for NASA.

CAPSTONE was originally scheduled to launch from Rocket Lab’s new pad on Wallops Island, Virginia, near NASA’s Wallops Flight Facility, but the company announced earlier this month that it had shifted the liftoff to its New Zealand site. Rocket Lab didn’t explain what prompted the move. However, it’s presumably related to the fact that NASA has not yet certified autonomous flight termination system software for launches from the Virginia site. Rocket Lab cited that issue as the reason it shifted a mission called “It’s a Little Chile Up Here,” which launched last month, from Wallops Island to New Zealand.

The CAPSTONE cubesat will ride to lunar orbit aboard Rocket Lab’s Photon satellite bus, a relatively new offering that will fly on more and more of the company’s future launches if all goes according to plan. For example, Rocket Lab announced last week that it had signed a Photon deal with Varda Space Industries, a California-based in-space manufacturing company.

Rocket Lab will provide three Photon spacecraft to Varda, which will integrate the vehicles “with their space factories, enabling high-value products to be manufactured in zero gravity and returned to Earth in Varda’s re-entry capsule,” Rocket Lab representatives wrote in a statement last week.

“After launch, Rocket Lab’s Photon will position the spacecraft in an operational orbit and provide station keeping,” they added. “Photon will support Varda’s 120-kg [265 pounds] manufacturing and re-entry modules with power, data and attitude control.”

The three Photons are scheduled to be delivered to Varda in 2023 and 2024, and the contract includes an option for Varda to procure a fourth Photon as well. Each mission is scheduled to last three months from liftoff to landing, Rocket Lab representatives said.

And Rocket Lab intends to send Photons much farther afield than Earth orbit and the moon. The company plans to launch privately funded Electron-Photon missions to Venus in the coming years, to hunt for signs of life in the planet’s clouds.