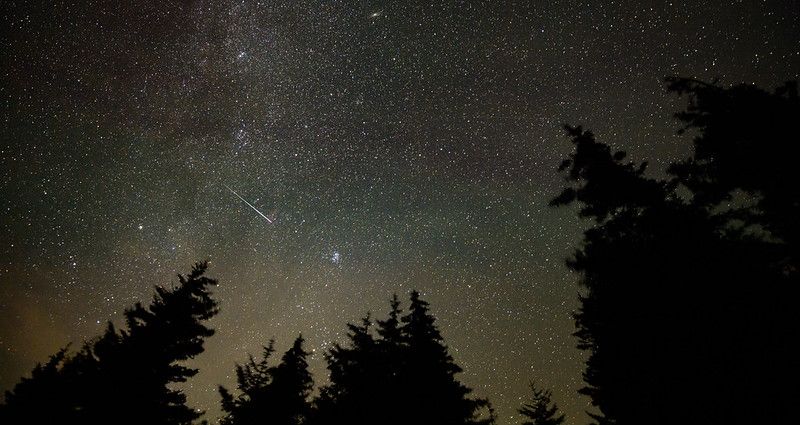 The stunning Perseid meteor shower will peak tonight (Aug. 11) in what could well be the most brilliant “shooting star” display of the year.

The Perseids are often one of the strongest meteor showers, and this year, the display will be particularly easy to observe, as the moon is just a few days past its new phase, keeping tonight’s sky quite dark.

Skywatchers began catching early Perseids in late July, and the meteor shower will continue until Aug. 18, but the peak of this meteor shower is well worth catching. Forecasts from Space.com and Sky & Telescope suggest that skywatchers who get themselves someplace dark enough could catch dozens of shooting stars each hour — perhaps one a minute — during the shower’s peak, which continues into Thursday morning.

For a meteor-watching excursion, you’ll want to consider bringing a lounge chair, sleeping bag or both to avoid straining your neck while you skywatch. Pack layers, snacks and perhaps a hot beverage since it can get chilly at night, and be sure to give your eyes plenty of time to adjust to the dark. Skywatching columnist Joe Rao has more tips for a successful Perseids quest in his full guide to this year’s shower.

If you can’t get away from city lights or poor weather blots out the show, don’t worry: the Perseids are also coming to a livestream near you.

Editor’s note: If you snap an amazing photo or video of 2020 Perseid meteor shower and would like to share it with Space.com for a possible story or gallery, send images and comments to spacephotos@space.com.