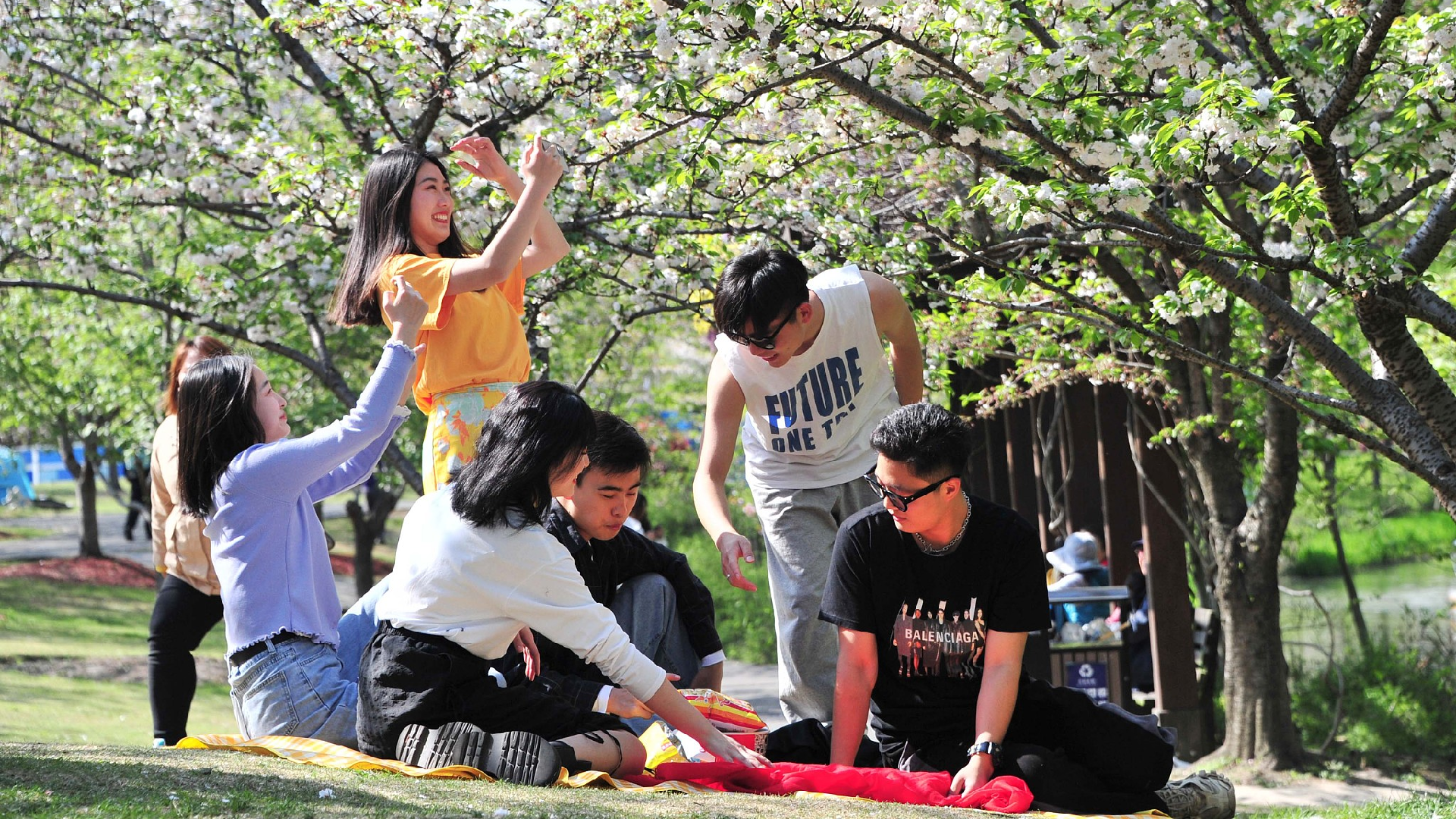 The three-day Qingming Festival holiday that ended on Monday accounted for 102 million tourist trips across China with tourism revenue reaching 27.17 million yuan ($ 4.155 billion), up 228.9% the same period last year, according to the Ministry of Culture and Tourism.

The domestic tourism market, which was devastated by the COVID-19 pandemic last year, is experiencing a gradual rebound. The number of domestic tourist trips and tourist income returned to 94.5% and 56.7%, respectively, of pre-pandemic levels, the ministry said.

Many reactivated their travel plans that had been canceled during the Chinese New Year holidays in February, when millions were advised to stay to minimize the risk of COVID-19 infections. 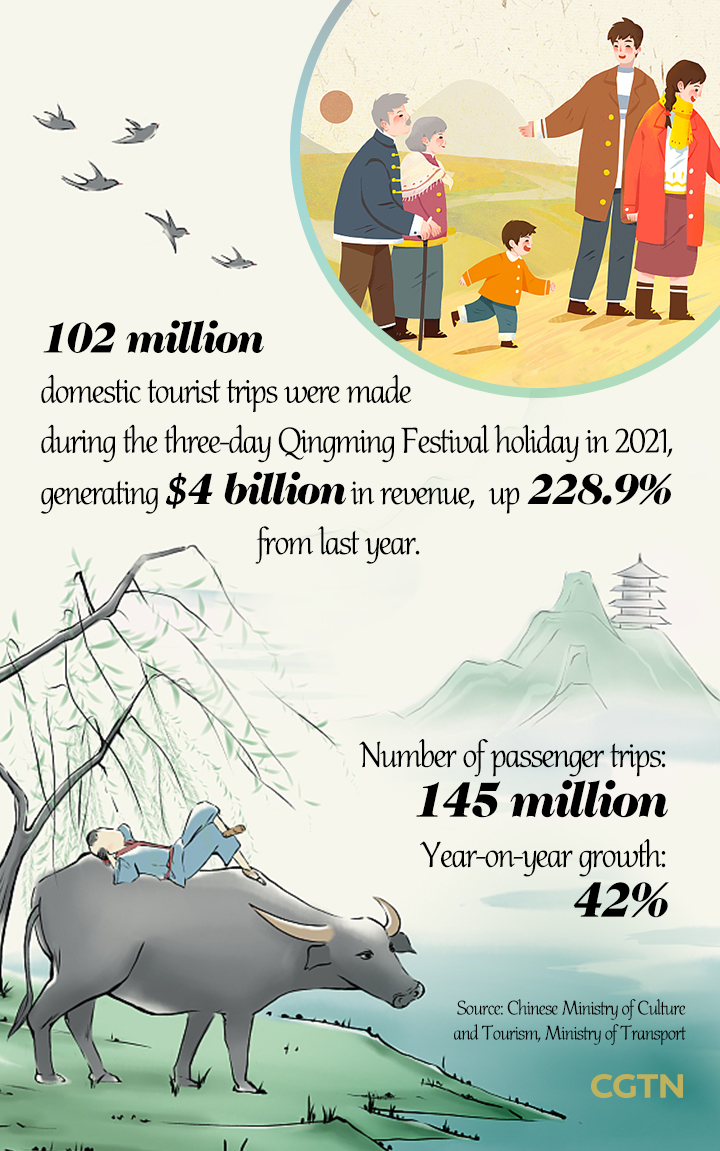 A total of 145 million passenger trips were made in the country during this year’s holidays, maintaining a high passenger flow with a year-on-year increase of 142 percent, the Ministry of Transport said on Monday. The high-speed rail continued to be popular with travelers with more than 10 million recorded train journeys each day of vacation. 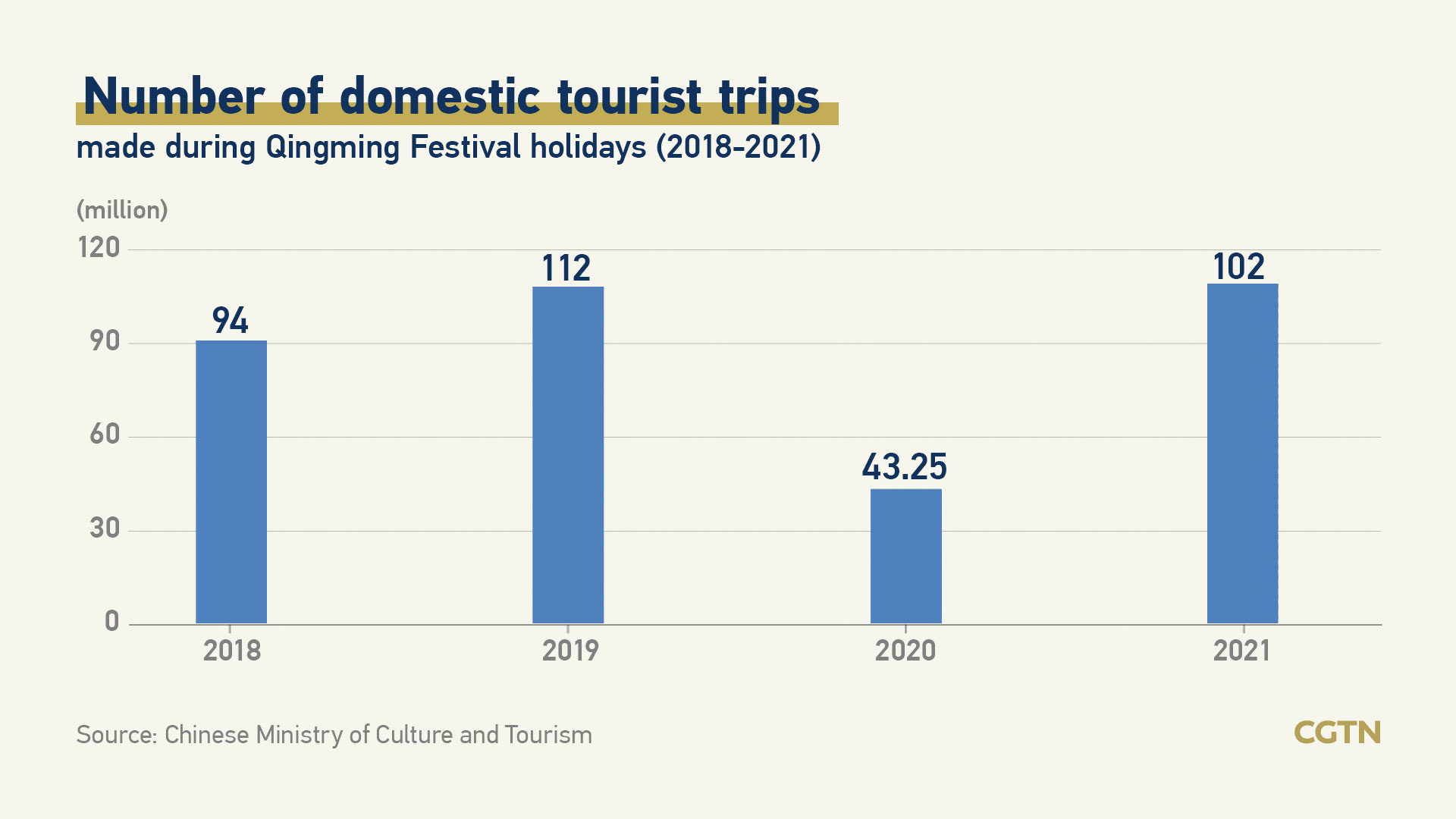 Beijing continued to be the most sought after tourist destination in the country according to the online travel agency Qunar. The number of flights to and from Beijing was the highest on its platform. Some 180 tourist spots in the city received more than six million visits during the holidays, according to the local tourist office.

A survey by the China Tourism Academy (CTA), a Beijing-based research institution, showed that most tourists opted for spring outings, trips to suburban and rural areas, as well as guided excursions. automatic. 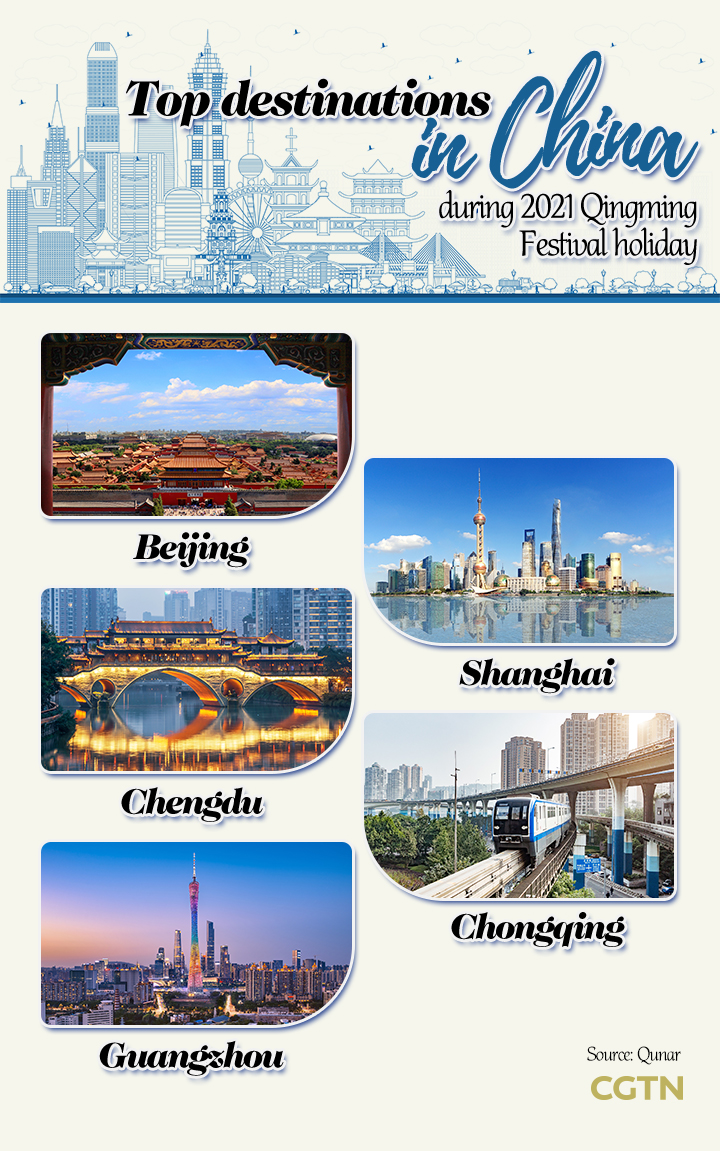 In addition, museums, libraries, art galleries and theaters also welcomed crowds of visitors as exhibitions, plays and concerts reappeared on the menu. The CTA survey showed that 93.4 percent of tourists attended various cultural activities during the holidays.

The Sanxingdui Museum located in southwest China’s Sichuan Province was also a hot destination after announcing new archeological discoveries in late March. The site received a record number of nearly 20,000 visitors on the maximum day.