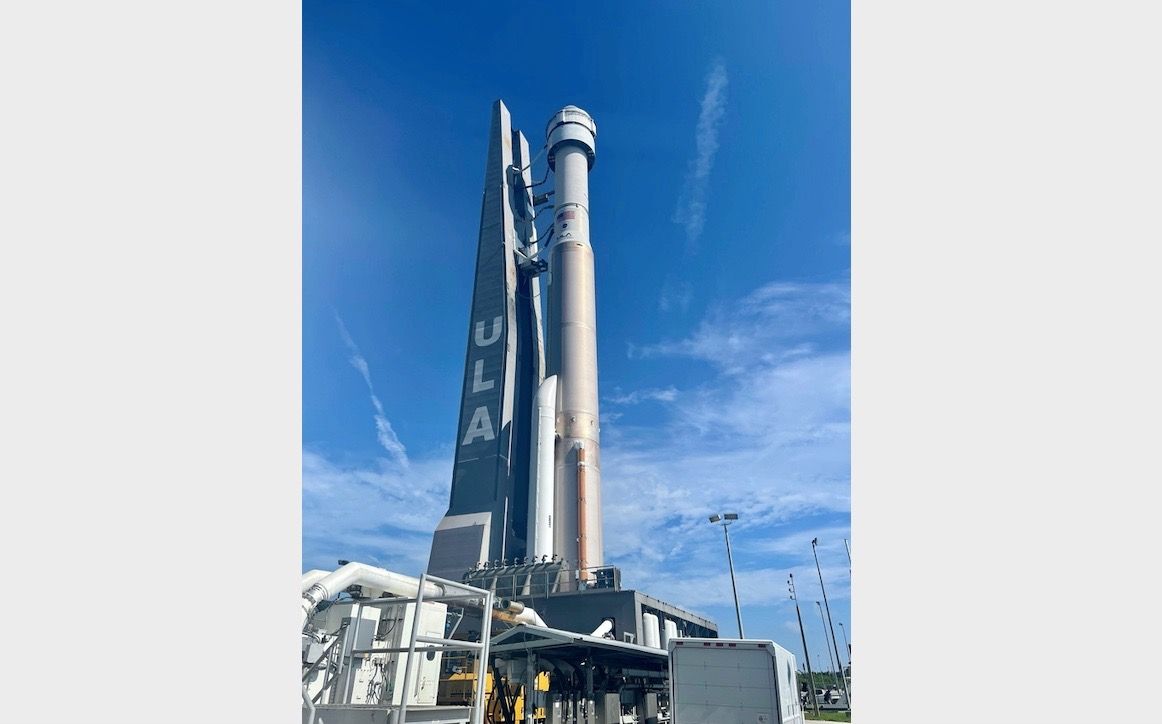 Boeing’s astronaut taxi has made it to the launch pad.

The CST-100 Starliner capsule and its United Launch Alliance (ULA) Atlas V rocket rolled out to their pad, Space Launch Complex 41 at Florida’s Cape Canaveral Space Force Station, this morning (July 29). If all goes according to plan, the rocket will lift off tomorrow (July 30), sending Starliner on an uncrewed test mission to the International Space Station called Orbital Flight Test 2 (OFT-2).

Liftoff is scheduled for 2:53 p.m. EDT (1853 GMT) tomorrow. You can watch it live here at Space.com, courtesy of NASA, or directly via the space agency.

Starliner and the Atlas V on the pad, on July 29, 2021. (Image credit: United Launch Alliance)

Starliner and the Atlas V are ready to go, but Mother Nature may not cooperate; forecasts currently predict about a 50% chance that the weather will be good enough to allow a liftoff. If OFT-2 cannot launch tomorrow, the next opportunity won’t come until next Tuesday (Aug. 3) because of scheduling conflicts on the Eastern Range, ULA representatives have said.

Starliner is designed to carry astronauts to and from the orbiting lab. Before people can climb aboard, however, the capsule must first showcase its capabilities on an uncrewed flight — the weeklong OFT-2 mission.

As its name suggests, OFT-2 is Starliner’s second attempt at a space station meetup. During the original OFT, which launched in December 2019, the spacecraft suffered a series of glitches and got stranded in the wrong orbit for a rendezvous. So, instead of docking with the space station, Starliner circled Earth alone for two days, then came down safely for a parachute-aided landing in New Mexico.

Post-flight analyses revealed 80 corrective actions for Boeing to take before Starliner could fly again. The company has addressed those issues and made some other non-mandatory changes as well, company representatives and NASA officials say.

Boeing has developed Starliner with funding help from NASA’s Commercial Crew Program, which has similarly supported work on SpaceX’s Crew Dragon capsule. Crew Dragon is already up and running; SpaceX is in the middle of its second operational crewed mission to the space station and third astronaut flight overall (including a test flight that took place last summer).

If all goes well with OFT-2, Boeing could launch its first crew to the orbiting lab around the end of the year, Boeing and NASA officials have said.