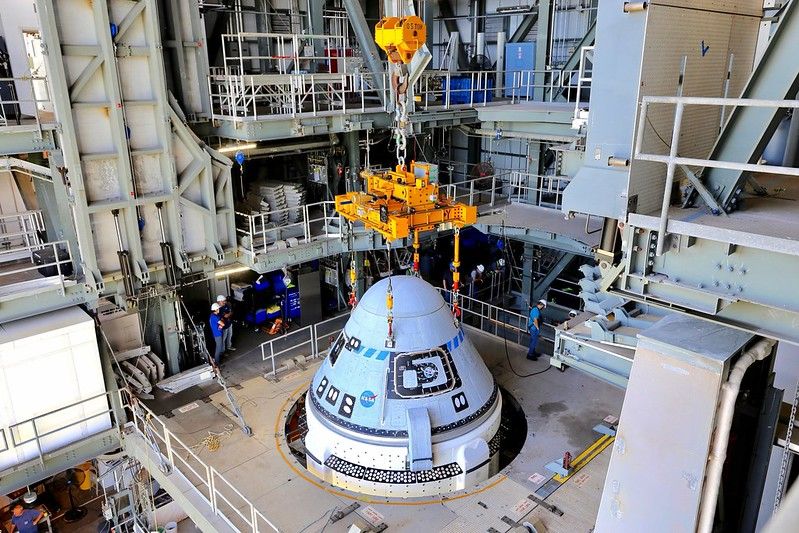 Boeing’s astronaut taxi has cleared a big hurdle on the road to its July 30 launch to the International Space Station.

The CST-100 Starliner capsule has passed its flight readiness review (FRR) for the upcoming liftoff, which will kick off the uncrewed Orbital Flight Test 2 (OFT-2) mission to the station, NASA and Boeing representatives announced Thursday (July 22).

“After reviewing the teams’ data and the readiness of all the parties, everybody said ‘go’ for the launch today and moving out for the mission,” Kathy Lueders, associate administrator of NASA’s Human Exploration and Operations Mission Directorate, said during a call with reporters Thursday.

Boeing developed Starliner with funding from NASA’s commercial crew program, which was designed to help get American private spacecraft ready to fill the crew-carrying shoes of the now-retired space shuttle fleet.

In 2014, the program picked Boeing and SpaceX for this job. SpaceX has already launched three crewed missions to the space station for NASA, the last two of which have been fully operational, contracted flights. SpaceX’s first astronaut mission, which launched in May 2020, was a demonstration flight.

Starliner is not yet ready to carry astronauts, however; it first needs to show that it can get to and from the orbiting lab safely and smoothly. Boeing already took one crack at this crucial uncrewed mission, launching OFT-1 in December 2019.

But Starliner suffered several serious issues during the flight and failed to meet up with the station as planned. Two OFT-1 reviews that NASA conducted last year found a total of 80 corrective actions that Boeing needed to take before Starliner could fly again.

The aerospace giant has addressed all of those concerns, given the results of the FRR, which took place today at NASA’s Kennedy Space Center (KSC) in Florida.

During the FRR, Boeing and NASA teams “gathered to hear presentations from key mission managers as part of an in-depth assessment on the readiness of flight for Boeing’s CST-100 Starliner spacecraft and systems, mission operations, support functions and readiness of the space station program to support Starliner’s mission to the microgravity laboratory,” NASA officials wrote in an update today.

OFT-2 is scheduled to launch from Cape Canaveral Space Force Station, which is next door to KSC. Starliner will lift off atop a United Launch Alliance Atlas V rocket at 2:53 p.m. EDT (1853 GMT) on July 30, meet up with the space station, and come back to Earth six days later, if all goes according to plan.