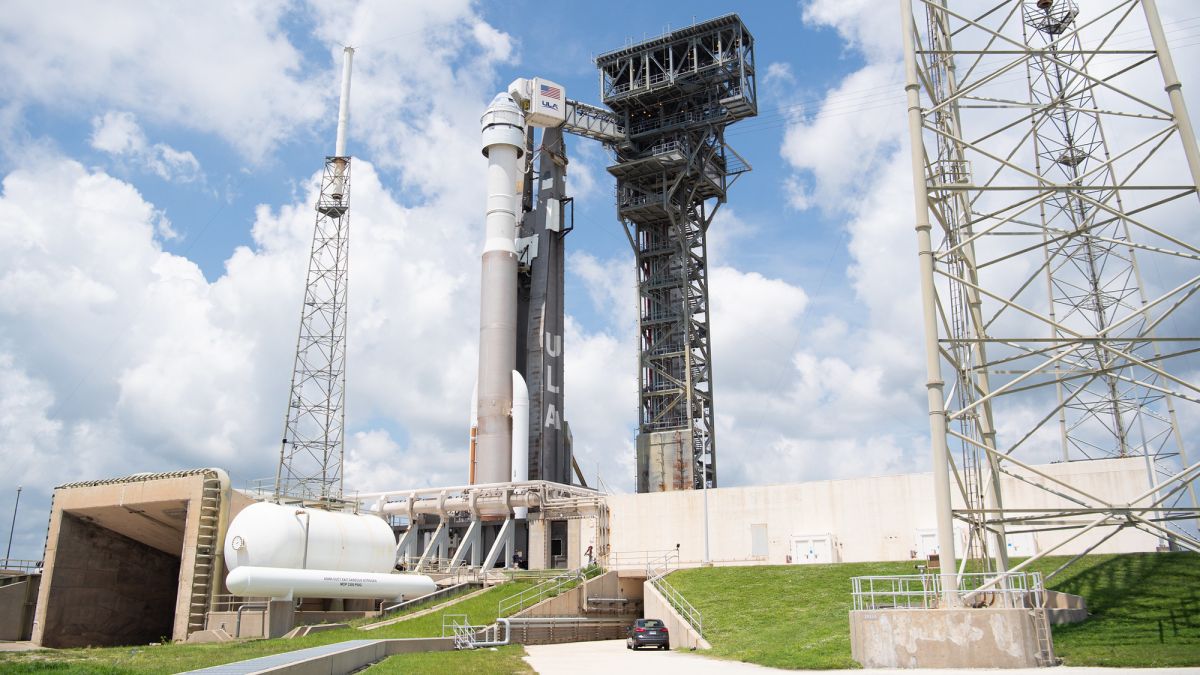 Boeing’s Starliner spacecraft will have to wait to make its triumphant trip to space.

Today (July 29), officials at NASA and Boeing announced that Boeing’s uncrewed Orbital Flight Test 2 (OFT-2) mission for its Starliner astronaut taxi will be delayed from Friday (July 30) to Tuesday (Aug. 3). The Aug. 3 liftoff is scheduled to take place at 1:20 p.m. EDT (1720 GMT), NASA Commercial Crew Program manager Steve Stich said in a news conference today. This delay follows a mishap with Russia’s Nauka module, which docked with the International Space Station this morning.

“NASA and Boeing have decided to stand down from Friday’s launch attempt of the agency’s Orbital Flight Test-2 mission,” NASA wrote in a statement. “Currently, launch teams are assessing the next available opportunity. The move allows the International Space Station team time to continue working checkouts of the newly arrived Roscosmos’ Nauka module and to ensure the station will be ready for Starliner’s arrival.”

This morning, the Russian space agency Roscosmos’ Multipurpose Laboratory Module (MLM), had a bumpy ride to the orbiting lab before it successfully docked at 9:29 a.m. EDT (1329 GMT). Also known as “Nauka” (“Science” in Russian), the new segment launched July 21 and will be Russia’s primary research module on the International Space Station.

Once it finally docked, things didn’t get much more smoothly. Just over three hours after docking, space station cosmonauts Oleg Novitskiy and Pyotr Dubrov prepared to open the hatch between Nauka and the Russian Zvezda module, where the pair were waiting.

But as the cosmonauts prepared to open the hatch between the modules, Nauka’s thrusters fired “inavertently and unexpectedly,” NASA spokesperson Rob Navias said during a live broadcast of the docking on NASA TV. This moved the station 45 degrees out of attitude, NASA shared on Twitter.

“The crew is not in any danger, never was in any danger and attitude control has been regained,” Navias said during the live broadcast after the space station regained its position.

“There was no immediate danger at any time to the crew,” space station program manager Joel Montalbano told Space.com during the news conference. “Obviously, when you have a loss of attitude control, that’s something you want to address right away. But the crew was never in any immediate emergency or anything like that.”

Additionally, Montalbano said, as of right now, “we haven’t noticed any damage to the ISS … one of the things we do after a dynamic event like this is go ahead and sit down with our structural loads team and review all the data, go pull all the telemetry and take a look at it and do an assessment, and so that’ll be ongoing.”

After the orbiting lab was back in place, the teams managing Nauka worked to prevent any followup unplanned thruster firing.

However, while agency officials have assured the safety of the seven astronauts on board station, the crew on board did close the space station’s protective shutters during that time. They have since opened the shutters back up.

Throughout these events, mission teams on the ground acted quickly and continue to evaluate the situation. “What we saw today was just an awesome job by the flight control team. Those guys were rock stars and got us back in attitude control,” Montalbano said.

He added that the situation “shows you what a robust vehicle we have and our ability to take these contingencies, recover from them and move on.”

Montalbano did note, however, that during this process, ground teams did lose communication with the station’s astronauts a couple of times, with the longest communication drop-out being seven minutes.

The trouble with Nauka hasn’t been the only trouble facing Starliner’s July 30 planned launch date as thunderstorms have plagued the launch site in Florida all week. For July 30, mission teams estimated a 50% chance of good weather, a challenging probability.

“Starliner is ready,” NASA tweeted after announcing Starliner’s delay Thursday. “The move allows the @Space_Station team time to continue working checkouts of the newly arrived Roscosmos’ Nauka module and to ensure the station will be ready for Starliner’s arrival.”

Starliner is Boeing’s crew spacecraft designed to ferry astronauts to and from the space station. Like SpaceX with its Crew Dragon vehicle, Boeing’s Starliner was created with funding and support from NASA’s Commercial Crew Program.

OFT-2 comes after OFT-1, the craft’s first attempted uncrewed test flight, suffered anomalies that prevented it from rendezvousing with the space station in December 2019. Following an in-depth investigation by a joint Boeing-NASA team, Boeing has addressed all issues with the vehicle.

Following the successful completion of the OFT-2 mission, Boeing plans to begin launching operational crewed missions aboard Starliner to the International Space Station as SpaceX has done with its Crew Dragon vehicle during its Crew-1 and Crew-2 missions.