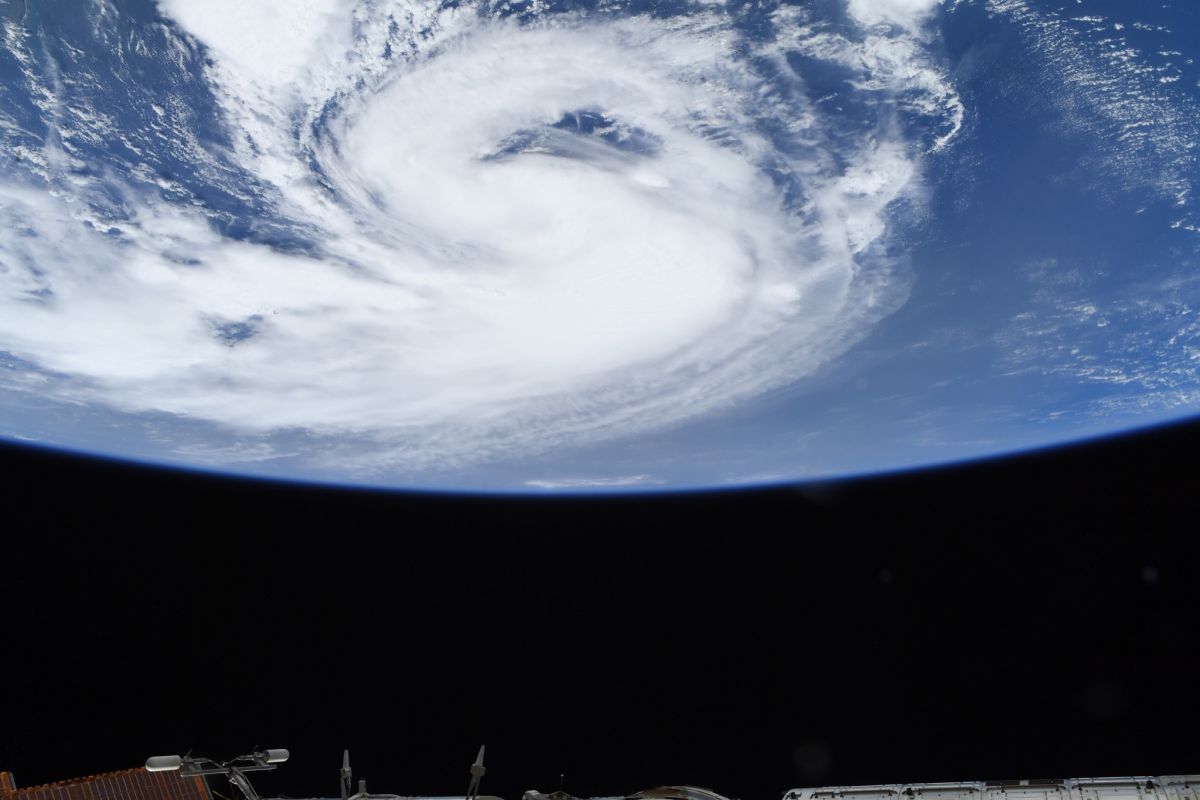 As parts of the U.S. northeast brace for Hurricane Henri to make landfall in New York today (Aug. 22), astronauts and satellites are tracking the historic storm from space.

Henri, which reached category 1 hurricane status on Saturday, is forecast to make landfall on Long Island, New York by midday today, dropping torrents of rain on Connecticut and Rhode Island, according to the National Hurricane Center’s morning update. Astronauts on the International Space Station spotted Henri from orbit on Saturday.

“We just flew over the East Coast and saw Hurricane Henri,” NASA astronaut Megan McArthur wrote on Twitter while sharing a photo of the storm from space. “Stay safe friends.”

Hurricane Henri churns in the Atlantic Ocean as it nears the U.S. northeast coast near Long Island, New York in this photo by NASA astronaut Megan McArthur taken on Saturday, Aug. 21, 2021, from the International Space Station. (Image credit: NASA/Megan McArthur)

The Goes-East weather satellite tracked Henri’s approach to the U.S. East Coast over the last few days, as well as Hurricane Grace, which made landfall in Mexico on the eastern Yucatan Peninsula on Thursday. One video from the satellite shows both storms churning across the Atlantic while Henri was still a tropical storm.

NASA’s Terra satellite spotted Henri in the Atlantic on Friday (Aug. 20) as it was building strength as a tropical storm.

“Around the time of the image, Henri was located about 400 miles (640 kilometers) southeast of Charleston, South Carolina, and was moving toward the northwest,” NASA’s Kathryn Hansen wrote of the image in a description. Henri was just shy of hurricane category 1 status at the time, she added.

Hurricane Henri is the first hurricane to make landfall in the New England area in nearly 30 years. The last to hit New England was Hurricane Bob in 1991, while Long Island was hit by Hurricane Gloria in 1986, according to the New York Times.

Photos: The Most Powerful Storms of the Solar System

As of Sunday at 8 a.m. EDT (1200 GMT), Henri was located about 40 miles (65 kilometers) south-southeast of Montauk Point, New York with maximum sustained winds of 70 mph (110 kph), according to the National Hurricane Center.

Hurricane warnings are in effect for the Long Island area and the southern coast of New England, as are storm surge and flooding warnings. With the outer bands of Henri expected to lash a wide swath of the northeastern U.S., a tropical storm warning is in effect for a region that stretches from New Jersey to Massachusetts, including New York City.