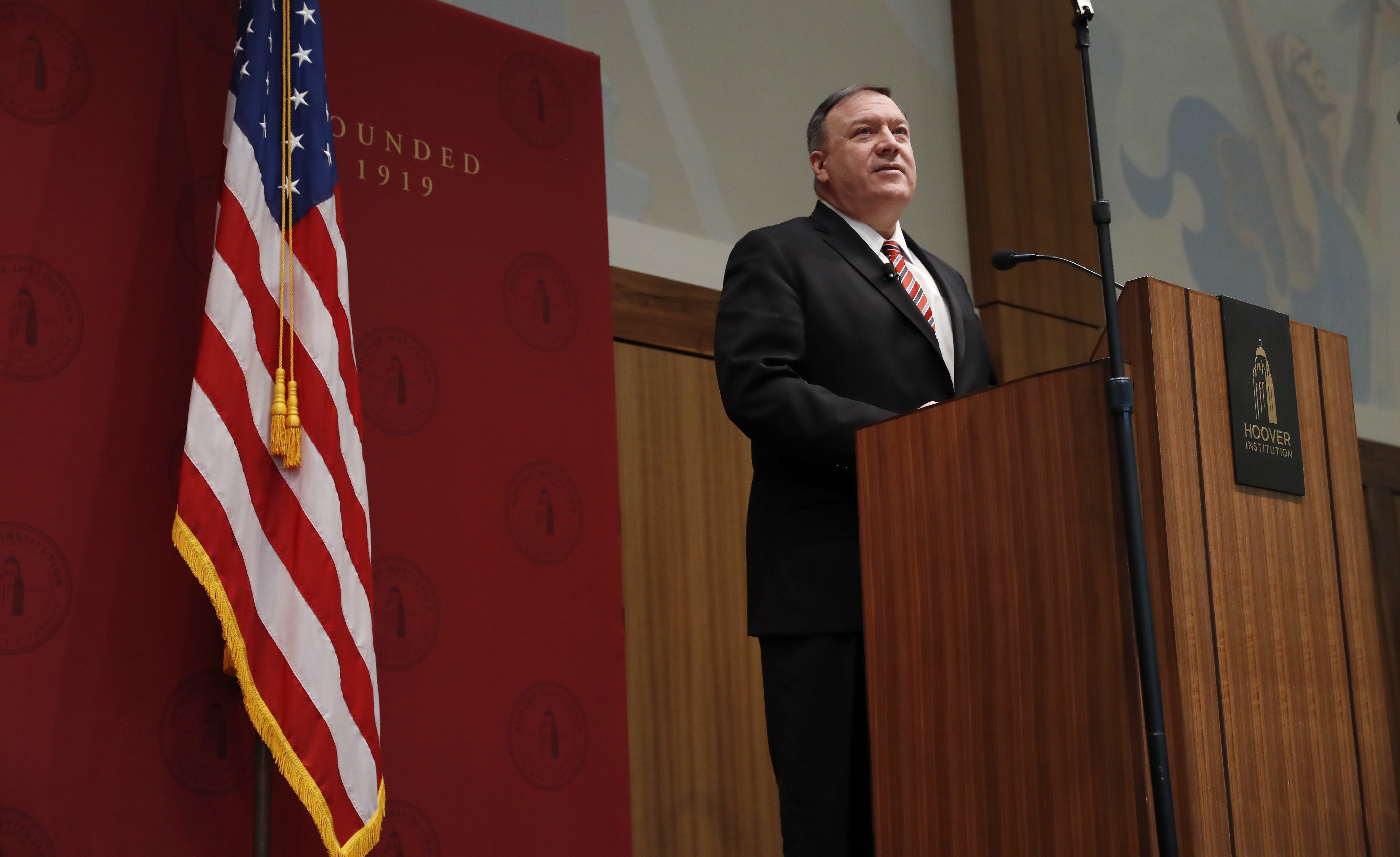 Before he spoke before a crowd of Stanford University students at the Hoover Institution on Jan. 13, Secretary of State Mike Pompeo Image spent the night before dining with university leaders at cafe Pro Bono in Palo Alto. Image courtesy Matt Campbell/epa european pressphoto agency b.v. 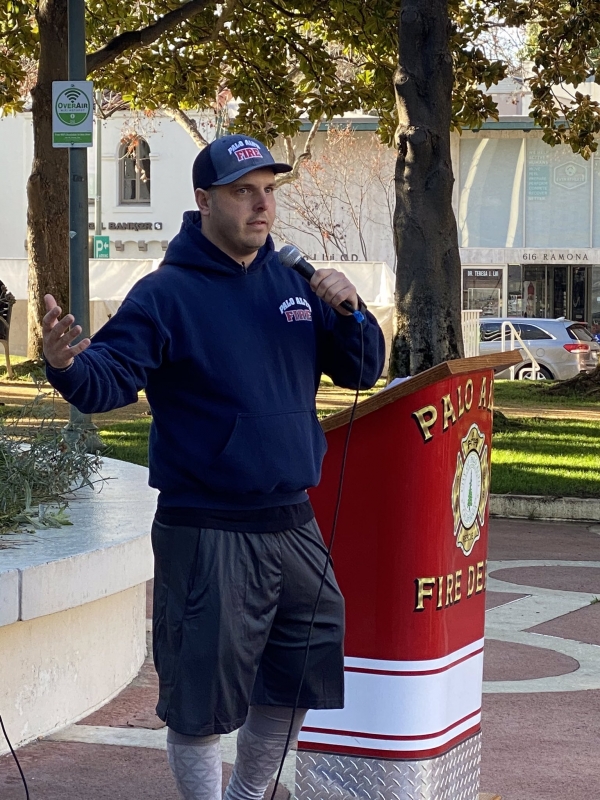 In the latest Around Town column, news about Secretary of State Mike Pompeo’s meal with Stanford University leaders and a Palo Alto firefighter’s campaign to raise awareness of veterans’ and first responders’ mental health.

A DINING DESTINATION … U.S. Secretary of State Mike Pompeo‘s first stop on this week’s Bay Area visit was Palo Alto Italian restaurant Cafe Pro Bono, where he dined last Sunday night with leaders from Stanford University, owner Akif Aydin said. Aydin was informed ahead of time about the secretary of state’s arrival by a customer who was hosting Pompeo, he said. The Secret Service and Palo Alto police descended upon the Birch Street restaurant to provide security, but it was an otherwise normal evening, Aydin said. Pompeo ordered a Diet Coke and ate only a few bites of his entree. (He was paying more attention to conversing with his dining companions, Aydin said.) The dinner lasted about an hour and a half. Aydin said the secretary of state was “kind” and “humble” during his visit, taking the time to shake the restaurant staff’s hands and take a picture with them. Pompeo is not the first secretary of state to dine at Cafe Pro Bono. George Shultz and Condoleeza Rice also have frequented the restaurant, the owner said. “We have basically become the destination for secretary of states,” Aydin proudly said. The next morning, Pompeo discussed the drone attack that killed Iranian Gen. Qassem Soleimani at an invite-only talk for Stanford students at the Hoover Institution followed by a roundtable discussion with the institution’s fellows.

WALKING TALL … If you’re in need of inspiration for a New Year’s resolution to improve your fitness or inspire others, look no further than Palo Alto firefighter John Preston. The Marine Corps veteran launched on Monday a 625-mile walk to raise awareness of veterans’ and first responders’ mental health. He’ll travel 22 miles a day and carry 22 kilograms (about 50 pounds) to represent the 22 veterans who die by suicide each day. Preston was inspired to take the 28-day journey to honor surviving family members and loved ones. “My goal is to (bring) as many people back to the middle as I can,” he said in a video for the campaign. The issue has a personal meaning for Preston, whose brother, a fellow Marine Corps veteran and 20-year police officer, died by suicide after battling post-traumatic stress disorder. Preston, who also copes with PTSD, started his trip at King Plaza outside Palo Alto City Hall, where he led police officers, fellow firefighters and other community members in an energetic chant shared on social media by the police department: “Your life! One life! My life! Your life! We’re gonna finish this!” “You are rightfully putting the spotlight on suicide rather than allowing it to stay in the shadows,” Police Chief Robert Jonsen said at the kick-off event, where Fire Chief Geoffrey Blackshire also made remarks. Over the next few weeks, Preston will travel down the California coast with the intention of connecting with people along the way to the USS Midway in San Diego, which he plans to reach by Feb. 9. On the first three days of his trip, Preston made stops in Campbell, Scotts Valley and Watsonville, where police officers and firefighters from other agencies greeted him. For updates on his trek, visit 22andyou.net.

PACKING THE PATIO… In a sea of San Francisco 49ers fans throughout the Bay Area rooting on their home team, which is playing in the NFC Championship game this Sunday, supporters of the opposing team, the Green Bay Packers are preparing to huddle up for a pep rally this Saturday at 6 p.m. in Palo Alto. The Wisconsin team will be hosting a “Packers Everywhere” event at The Patio in downtown Palo Alto with Green Bay Packers President and CEO Mark Murphy, who will greet fans and take part in a Q-and-A session with sportscaster Wayne Larrivee, who gives play-by-play radio reports on the team. Stanford University alumnus James Lofton, a former Green Bay wide receiver, and former Packers quarterback Lynn Dickey are also scheduled to attend the rally. The team will be giving away a helmet signed by current Packers nose tackle Kenny Clark and a jersey signed by placekicker Mason Crosby, among other prizes. For more information on the rally, visit packers.com.