After an amazing 50 years within the fastener industry, Andreas ‘Andy’ Baehler officially retired at the recent Fastener Taiwan show in Kaohsiung – with a farewell party attended by colleagues, friends and family. Here he talks about his career and his experiences within an industry that has changed significantly over the last half a century.

‘I started in the fastener industry in 1968 at a small hardware store selling screws. It was a great apprenticeship and 3 years later I joined one of the biggest screw companies in Switzerland. Over the next 6 years I developed my knowledge of the products and markets to a point that I was confident enough to ‘go out on my own’.

On 3rd January 1978 I started my own business – INTERVIS promarket AG – focusing on supplying stainless steel fasteners to resellers. I decided to concentrate on stainless steel products because they were at a higher price, for the same weight, compared to carbon steel. I was very lucky that when I first started I had a German company that supported me to open the business in Switzerland.

It was at a show in Düsseldorf that I took a real step forward, when I met a Japanese manufacturer that was looking for representation for all of Europe. After an initial meeting, we agreed for me to visit Japan to see the production facilities. I was 28 years old at the time and it was a very big step to start sourcing directly from Japan, but it was a great experience. There were no direct flights to Japan and the route used to be over Alaska, so it could take up to 24 hours in a plane – with 3 or 4 changes. Also, there were no mobile phones or emails, it was all by Telex, which made communications a lot more difficult and slower.

When I arrived in Japan, I looked at the factories and we made a contract for me to import stainless steel hexagon nuts across all of Europe. The Japanese mentality and business culture was totally different to Europe and being so young it was a great experience to learn the Japanese way of doing business – it was the best business school.

In 1981 I opened, with my wife Therese, a second company INTERVIS AG focusing on stainless steel fasteners, but this was just for the domestic Swiss reseller market – there was no export.

This partnership with Japan was very successful until 1985 when the price of the Japanese Yen became too strong and resulted in Japanese products no longer being competitive in the market. This is when Taiwan started to become a key exporter of stainless steel, as well as Singapore. Nowadays you can buy stainless steel across all of Asia.

At the time one of my biggest customers was in Spain and when I visited them I realised that they also produced stainless screws. I spoke to the president of the company and asked if they were interested in me in selling their products across Europe, as I had a lot of contacts. He agreed, and I started to sell throughout Europe. By 1989, around 60% of production was sold through me and it was agreed that I would focus solely on the German, Swiss and Austrian markets.

In February 1996 I started to reimport from Asia for the Austrian and Swiss reseller market and I started to grow the business. Around this time I visited, once or twice a year, the Far East – Malaysia, Vietnam, Indonesia, China, etc – wherever the market was based.

Our number one policy has always been to focus on making the screws our customers need and we wanted to continue providing good quality products. That is why, after Reto Kaser joined the company in 2005, we started to focus on special items and bespoke products in a variety of different stainless steel grades. This was a very big change but soon specials would account for 80% – 90% of our turnover.

In 2006 my daughter Sabine joined INTERVIS AG and we agreed that in 2009, when she was 28 years old and I was 58 years old, I would sign the business over to her. True to my word, in 2009 I retired as general manager of INTERVIS AG and my daughter and Reto (who became her husband) took charge.

I continued to work in the reseller market with INTERVIS promarket AG, but I focused on a commission basis for several Spanish companies and also for Fastbolt Germany. I did a lot of work for Fastbolt in Switzerland, and Austria, and worked very closely with Ekkehard Beerman. We would travel together to visit markets and he would show me the business in carbon steel and I would share my experience in stainless steel.

In 2016 I thought about retiring completely, but friends pointed out that I had been in the industry 48 years and it would be a real achievement to reach 50 years. So, I agreed to do two more years and that the 2018 Fastener Show in Kaohsiung would be the end. 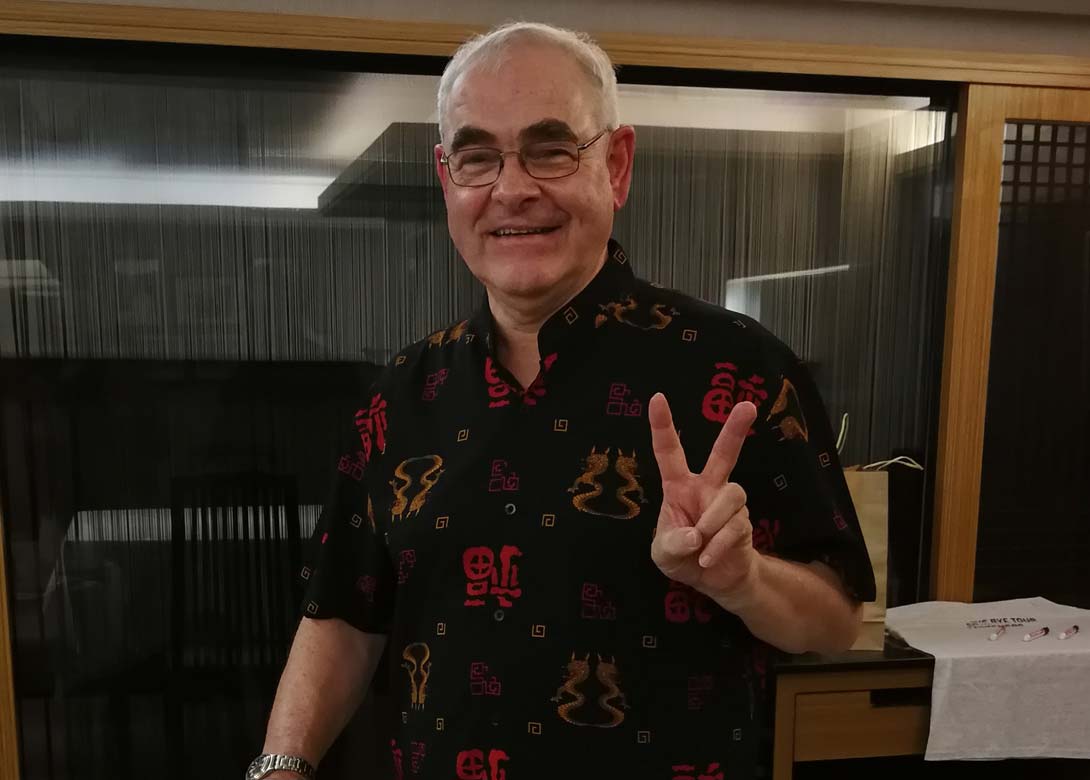 I have so many connections and friends within the Far East that it seemed like the perfect place to have a farewell party. More than 30 people, from China, Europe and Taiwan attended and it was great to see everybody.

I have been in the market for 50 years, with my own company for 40 years and I have been travelling to the Far East for 40 years. Now, I will spend more time with my wife and two lovely granddaughters. For the last year I have also been helping a friend (as a hobby) in a bakery in my local town.

I will also continue to travel, as it has become a bit of a hobby. However, from now on I will just be a tourist and finally get to catch up on some sightseeing rather than just hotels and factories.

For me this hasn’t just been business it has been about making friends that are an important part of my life. I would like to say thank you for the life I have had within the industry and to all of the friends I have made.