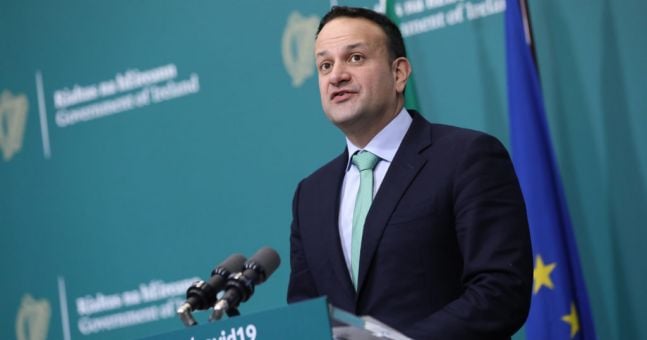 LEO VARADKAR says he wants all travel restrictions between Ireland and the UK to be lifted before the end of the summer, and that he hopes this could even be achieved in the coming weeks.

Speaking during a press conference on Tuesday, the Tánaiste insisted that society will begin to open up over the next month or so, so long as the vaccination programme keeps up its current pace.

Mr Varadkar vowed to fully restore the Common Travel Area between Ireland and the UK in the coming weeks, arguing that such a move would be do wonders for areas of the country which highly depend on tourism.

“One thing I would like to see, and this would be very good for places like Kerry, is a return to travel between Ireland and the United Kingdom,” Varadkar said.

“A return of the Common Travel Area as it is supposed to be – travel between Britain and Ireland with no restrictions and I think I can make the case for that.”

Following what was described as “very positive” Covid vaccine impact data, the Government says that Ireland is making great progress in the fight against the virus and that the public can look forward to more major restrictions being lifted soon.

In a statement released following a Cabinet meeting on the vaccine rollout, the Government said: “Thanks to the efforts of the Irish people, we are keeping the virus under control, the vaccine programme is gaining momentum and we are in a position to progress with the gradual and safe reopening of our economy and society.

“This week sees a number of restrictions lifted, with an emphasis on outdoor activities and a moderate increase in social contact. Our aim is to keep moving forward, with the full reopening of retail from next Monday, May 17, and further restrictions lifted in early June.”